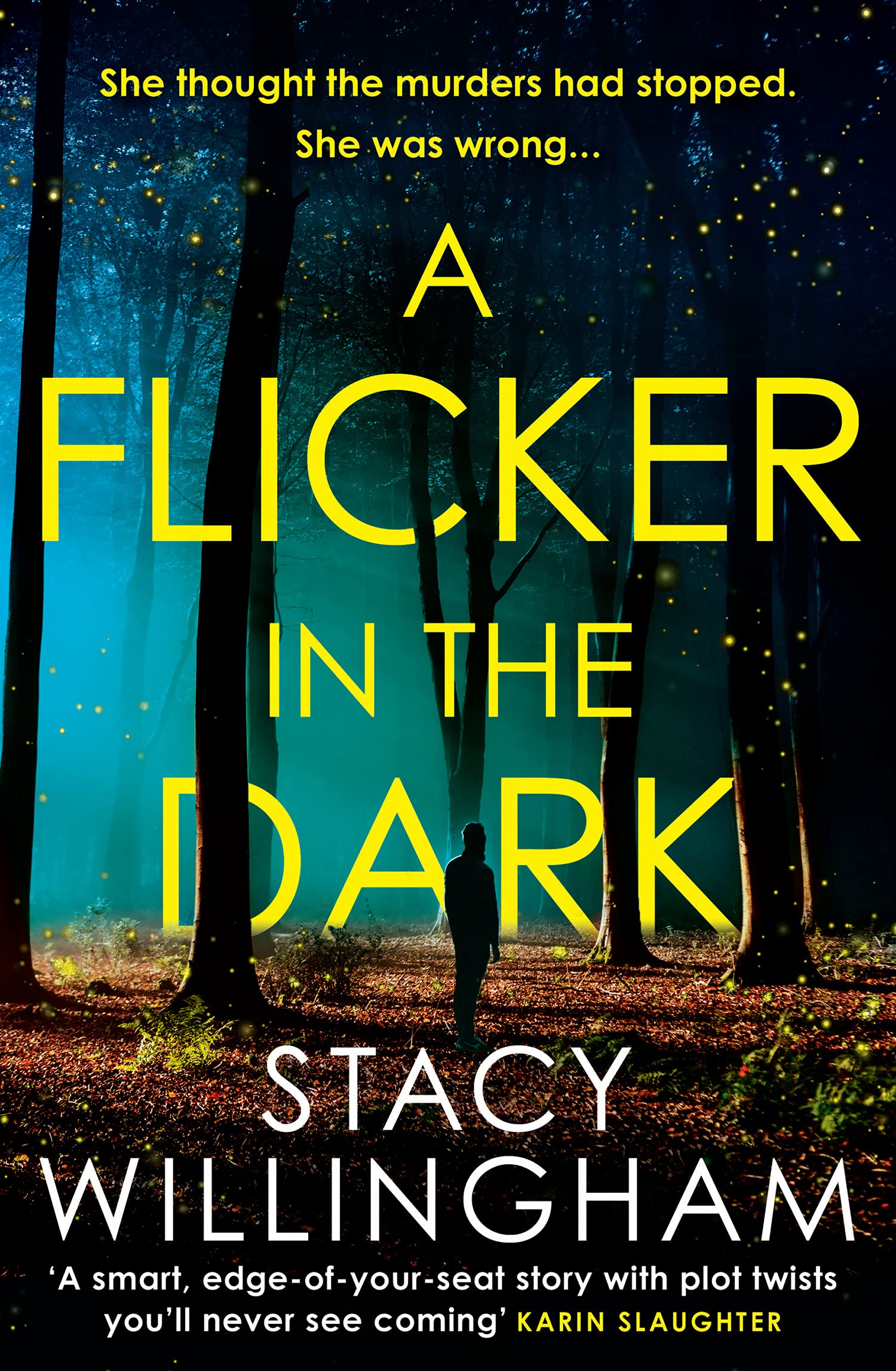 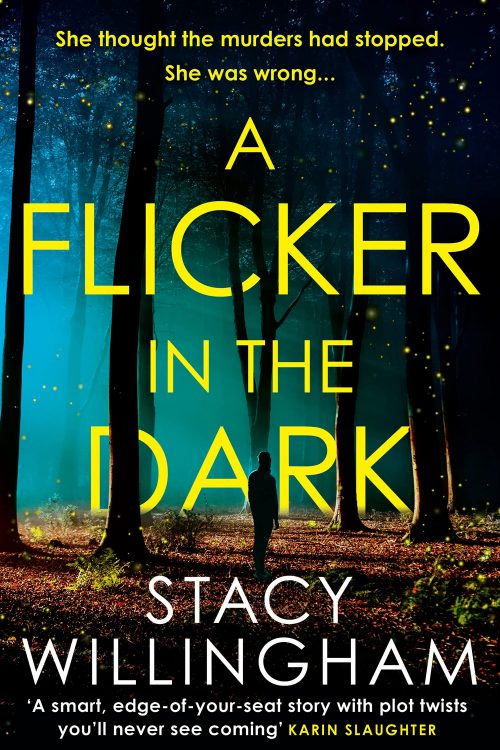 A Flicker In The Dark by Stacy Willingham

Published: February 3rd 2022 by Harper Collins
Rating: ★★★★★ (5)
Genre: Adult // Thriller, Suspense/Mystery
Quick Thoughts: A piercing story of survival, repentance and the nightmarish reality of monsters being closer to home than once thought.

When Chloe Davis was twelve, six teenage girls went missing in her small Louisiana town. By the end of the summer, Chloe’s father had been arrested as a serial killer and promptly put in prison. Chloe and the rest of her family were left to grapple with the truth and try to move forward while dealing with the aftermath.

Now 20 years later, Chloe is a psychologist in private practice in Baton Rouge and getting ready for her wedding. She finally has a fragile grasp on the happiness she’s worked so hard to get. Sometimes, though, she feels as out of control of her own life as the troubled teens who are her patients. And then a local teenage girl goes missing, and then another, and that terrifying summer comes crashing back. Is she paranoid, and seeing parallels that aren’t really there, or for the second time in her life, is she about to unmask a killer?

‘Tis the season for thrillers, and as soon as A Flicker In The Dark came across my radar (thanks to a fellow Goodreads friend rating it highly) I immediately pressed add-to-cart and the rest is history.

Chloe Davis grew up thinking monsters were fictional. But when she was twelve, teenage girls started going missing—six, not long after one another—vanishing from her small Louisiana hometown. It turned the entire town into a frightened frenzy, curfews and instructions of coming straight home after school, of always staying in sight of your Parents. Only, by the end of that very summer, Chloe’s own father was arrested, dubbed the serial killer, and thrown in prison for life. Chloe’s mother, brother—and herself—left in the remnants of what was before the killings.

Almost twenty years later, Chloe is now a psychologist in her own private practise, now located in Baton Rouge. She’s engaged to an amazing man, Daniel, incredible friends, and has the kind of happiness she thought she’d never get. But sometimes she does struggle, memories from her childhood and the years that followed—the paranoia, the hurt—that is engrained in her veins. Her worries are amplified when a teenage girl goes missing locally, igniting her past with a solid flame. And when another goes missing—this time, one of her teen clients—the summer her father was arrested comes back to haunt her once more. But the more that Chloe tries to solve history repeating itself, battling her own paranoid parallels between the past and present, the more she uncovers that, possibly, the shadowed and killer past she thought she’d outrun never quite went away at all.

Overall, A Flicker In The Dark was one of those reads that you pick up and have a hard time putting down. I read pages for hours, turning my brain with every revelation. I felt transported to every setting Chloe was in, Stacy’s writing so unparalleled in gripping the reader. I was hugely torn between who I assumed was the murderer, and although I did sort-of guess it correctly before the unveiling, the twists and turns before that penny-drop-moment were magnificent on another level. This was such a piercing story of survival, repentance and the nightmarish reality of monsters being closer to home than once thought. If you’re looking for a thriller to kick off cosy season, this is your perfect choice. I can’t wait to read more from Stacy! Five stars!

Stacy's debut novel, A Flicker in the Dark, was published on January 11, 2022 and went on to become an Instant New York Times bestseller. Her second, All the Dangerous Things, will be published on January 10, 2023. Prior to writing fiction full time, Stacy worked as a copywriter and brand strategist. She earned her BA in Magazine Journalism from the University of Georgia and MFA in Writing from the Savannah College of Art & Design. She currently lives in Charleston, South Carolina, with her husband, Britt, and her Labradoodle, Mako.

Have you read A Flicker In The Dark?