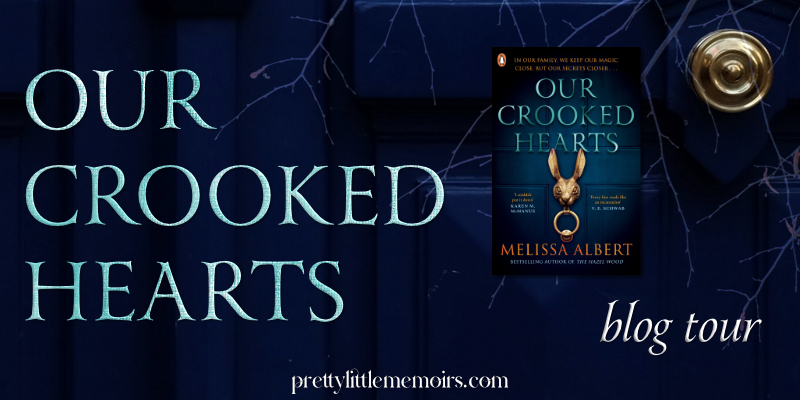 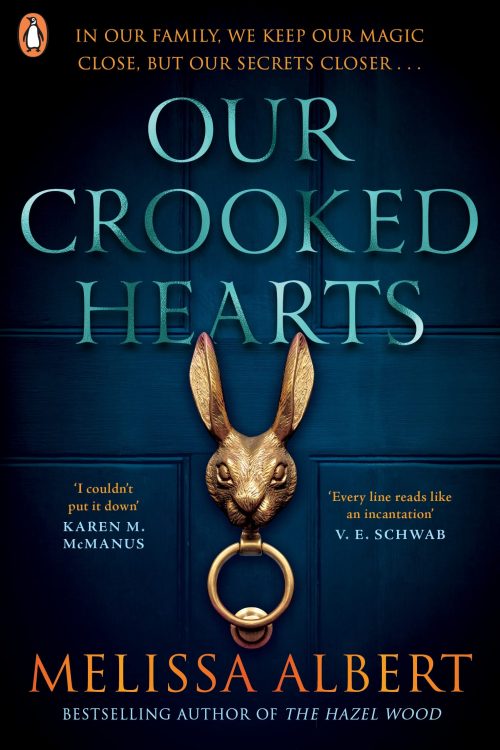 Our Crooked Hearts by Melissa Albert

SECRETS. LIES. SUPER-BAD CHOICES. WITCHCRAFT. This is Our Crooked Hearts – a gripping mystery crossed with a pitch-dark fantasy from Melissa Albert, global bestselling author of The Hazel Wood.

In our family, we keep our magic close, but our secrets closer . . .

Ivy’s summer kicks off with a series of disturbing events. As unnatural offerings appear on her doorstep, she’s haunted by fragmented memories from her childhood, suggesting there’s more to her mother, Dana, than meets the eye.

Dana’s tale starts the year she turns sixteen, when she embarks on a major fling with the supernatural. Too late she realizes that the powers she’s playing with are also playing with her.

Years after it began, Ivy and Dana’s shared story will come down to a reckoning between a mother, a daughter and the dark forces they never should have messed with.

I’d started reading Our Crooked Hearts as it came up my TBR, and immediately felt like it might be one of those books that makes me feel like it’s autumn, and the sky gets dark early, fairy lights are twinkling and the atmosphere is warm and inviting. Sure enough, it was…

Main character Ivy is coming home from a party on summer break with her boyfriend when something out of the ordinary happens. Her boyfriend swerves his car after seeing something in the road, and when Ivy gets out—bleeding lip and all—to investigate, she finds an unclothed, blonde girl, staring out at her in the night. Soon after that night, Ivy breaks up with her boyfriend and goes home to fight with her parents about getting in an accident, her peculiar mother acting even more suspicious than normal. Most of her childhood, strange things have happened around Ivy. But now, ever since that night, it’s kicked up a notch. She feels like she’s missing time, her mother and aunt disappear, rabbits appear everywhere and that girl reappears.

In an alternate time, we see Ivy’s mother, Dana, and how she came to be entwined in the supernatural world. How she came into her powers, formed an unlikely coven, and played with darkness that had no business being touched. But the magic is so inviting, so familiar, that she and her best friend/unofficial sister Fee—and newfound friend Marion—can’t help using it in their lives. But after a fateful night where they took it too far, changing life as they know it, Dana and Fee know they can’t go back—and after a cataclysmic moment, swear to leave the chaos where it lays. It’s only when Dana grows up and has Ivy, who grows to become a strong witch too, that she sees the past coming back. Forced to make a rash decision to protect her daughter and herself, she hopes to have lulled the dark forces. But what happens when they’re stronger than she expected? And have been watching her all this time?

Overall, Our Crooked Hearts was an immersive, witchy and enchanting read. It was The Craft meets Charmed with touches of Practical Magic, as well. I was completely hexed by the emotive, almost lyrical writing, that made me feel like I was living inside a story full of wicked secrets, dark family linage and eerie magic. Melissa has a way of capturing a theme with such force that I wanted to do nothing more than read this into the night. I can see myself rereading this in autumn, too. It had this otherworldly ability to transport me to a spellbinding suburban setting that felt like actual magic. A clear five-star read. Love, love, love.

Buy on Amazon
Buy on Blackwells
Buy on Waterstones 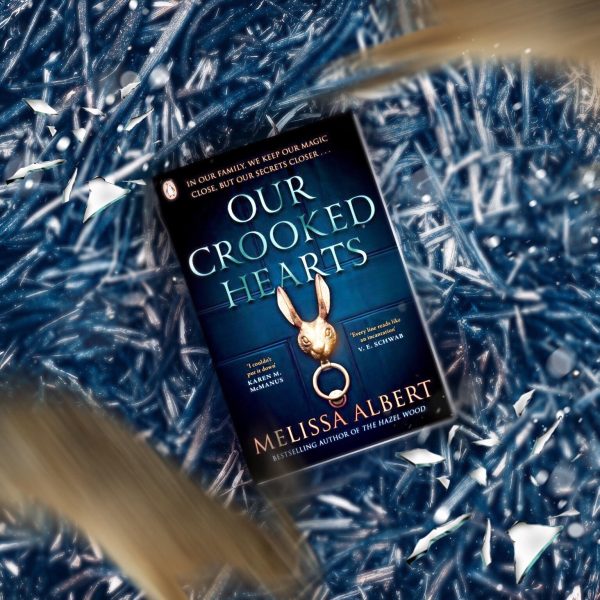 Melissa Albert is the New York Times and indie bestselling author of the Hazel Wood series and Our Crooked Hearts, and a former bookseller and founder of the Barnes & Noble Teen Blog. Her work has been translated into more than twenty languages and included in the New York Times’ list of Notable Children’s Books. She enjoys swimming pool tourism, genre mashups, and living in Brooklyn with her hilarious husband and magnificently goofy son. Okay, now I will stop talking about myself in the third person. I try to reply to all messages and questions, so please reach out, or come find me on Twitter (@mimi_albert) or Instagram (@melissaalbertauthor)!

Have you read Our Crooked Hearts?

If you haven’t, don’t forget to add this magical book to your TBR!