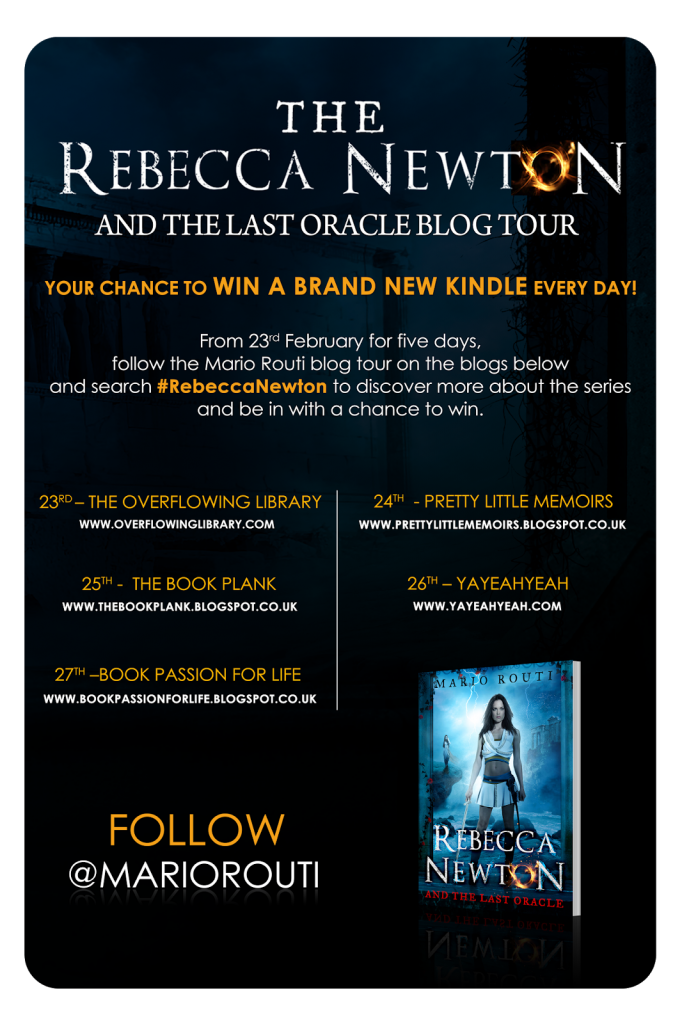 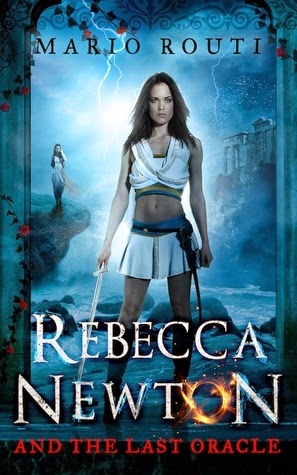 The Epic tale continues and Rebecca’s limits are tested to the max!

Princess Leylah, daughter of Rebecca Newton and King Turgoth, is growing up and so is her power to foresee future events as she has the greatest gift imaginable: She is the Oracle! While trying to come to terms with her unique powers, she finds herself nurturing deep feelings for Alexander, Lady Felicia and Lord Leiko’s son. But how does he feel about her?
Meanwhile, Cronus and the Titans are preparing a master plan to take over Earth with the help of the Sartani and they are calling on the armies of ancient evil entities to assist them in seizing control of the Sacred Flame in order to free themselves.
At the same time in the Elysian Fields, Zeus and the other Gods are struggling to figure out what their enemies are planning since they cannot interfere unless the Titans are released.
Rebecca, Bull the Minotaur and their friends, face their greatest challenges ever in the Land of the White Sun and Tartarus, where they will need to go on a perilous quest – a matter of life and death for their loved ones.
Will the newly discovered Oracle of Utopia be able to uncover the plans in time to save all the worlds?

An explosive collision between Good and Evil… A never-ending conflict… A romance that becomes lethal… A duel that will determine the future of all the worlds!

About Mario Routi:
Mario’s first novel, Orizon, was a bestseller in his native Greece and was subsequently translated into English.  Rebecca Newton and the Sacred Flame was published in the UK in 2014. Mario has been writing since childhood. He has studied liberal arts at Universities around the world and entered a career in business.  A fan of soccer and martial arts, Mario now lives in Central London with his family. His official website is www.mariorouti.com and he is on Twitter @MarioRouti


WHY
FANTASY?
Crime, romance,
thriller, horror. Stories fall under many genres, some of them more than one,
but there will always be one genre of literature that I feel a special
affection towards:  Fantasy.

Fantasy is an escape, for the brain, the soul and the spirit. It
builds the imagination and expands knowledge, while being fun and entertaining.  It provides enough adventure to make you want
more, but enough substance to make you think.
It’s these aspects, in my opinion, that mean we should be encouraging kids
to read fantasy from as young an age as possible. The worst, most off-putting
thing for a young reader just starting out in the world of adult novels is to
become bored. And that can be a problem. The leap from children’s literature to
adult novels can be daunting for some young readers, used to the fast action
and plotting of most children’s books. Faced with adult literature that is
brooding and slow, some young people are immediately put-off.
Fantasy keeps the right
balance. There are many wonderful fantasy books that children will enjoy, but
to recommend a book, one has to consider their age. Most of Jules Verne’s books are
ideal for smaller
children, of ages 8 to 11, and once a
child reaches that age, The
Hobbit by J. R. R. Tolkien is a must, as well as the first part of C. S. Lewis’ Narnia. The Percy Jackson
and the Olympian books by
Rick Riordan and the Harry
Potter series also great ways to get kids into fantasy.
I believe that every
teenager should be encouraged to read The
Lord of the Rings by J. R. R. Tolkien and His Dark Materials by Philip Pullman – in my opinion, both of these should be added to the
school curriculum.  The list really is
endless: Neil Gaiman, Terry
Pratchett, the
Twilight Saga by Stephenie Meyer; all of these are great books to give to a reader who may be sceptical
about fantasy.
As an author, I find fantasy the most
creative and exciting genre
to write in, but it also presents its own difficulties.  You need to
really let your imagination run wild,
forget the limits you face in everyday life and focus on creating a
world removed from our own.   Most importantly, you need to make it
real in the hearts of your readers. It’s the genre where the writer feels like
a god, as he is the creator of everything. It’s limitless!
Mario
Routi

To celebrate the publication of Rebecca Newton and the Last Oracle, I have a brand new kindle and a copy of the book to give away to one lucky reader!
To be in with a chance of winning, simply tweet your answer to the following question to @LittleMemoirs and @MarioRouti using the hashtag #RebeccaNewton:

‘If you were granted one superpower, what would it be?’

Have you read Mario’s books?

Don’t forget to enter the giveaway!