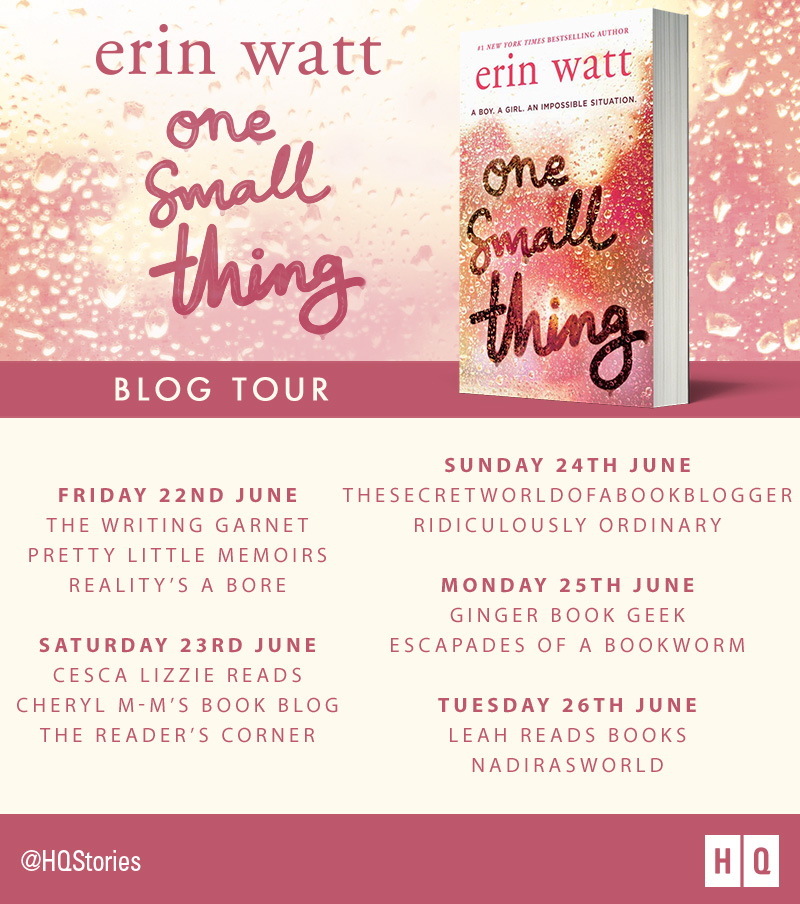 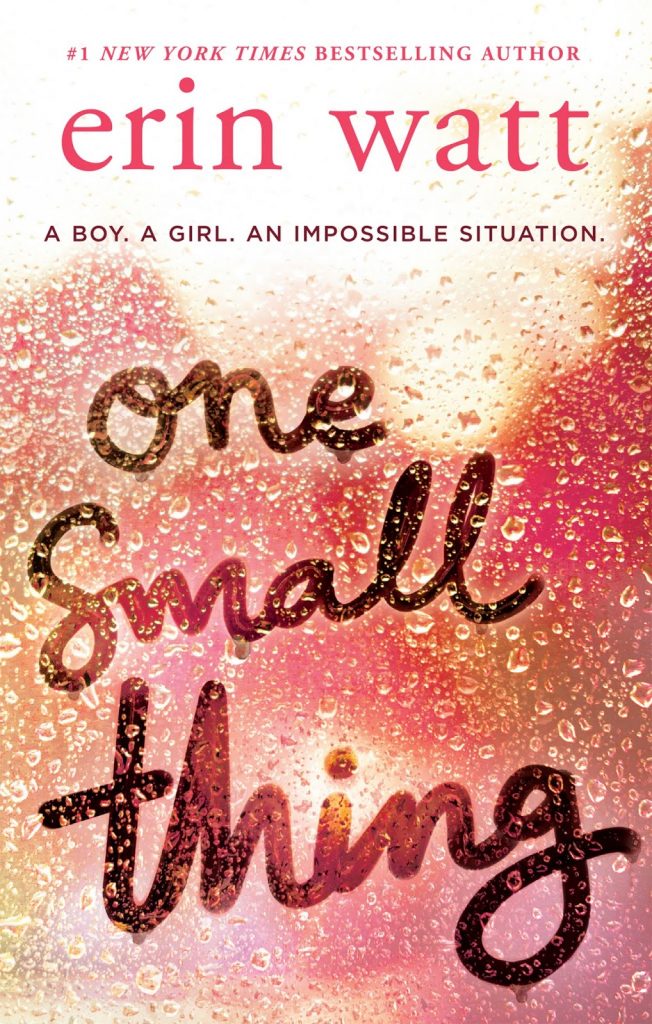 Beth’s life hasn’t been the same since her sister died. Her parents try to lock her down, believing they can keep her safe by monitoring her every move. When Beth sneaks out to a party one night and meets the new guy in town, Chase, she’s thrilled to make a secret friend. It seems a small thing, just for her.
Only Beth doesn’t know how big her secret really is…
Fresh out of juvie and determined to start his life over, Chase has demons to face and much to atone for, including his part in the night Beth’s sister died. Beth, who has more reason than anyone to despise him, is willing to give him a second chance. A forbidden romance is the last thing either of them planned for senior year, but the more time they spend together, the deeper their feelings get.
Now Beth has a choice to make—follow the rules, or risk tearing everything apart…again.

Ah, YA Contemporary Romance. My constant and ever-loving genre. It’s no surprise as soon as I was offered to be on Erin’s tour and read the lovely One Small Thing, I was SOLD. I’ve heard of Erin’s books a lot in the blogger world and I think this is one of few she has in this contemporary setting. The blurb was enough to sell me in so many ways. I’m a sucker for stories that can make me feel something and I could already feel attached to this story before getting past the first page.

Beth’s life has been so different, but losing your sister can do that to a person. Her Parents have kept her sheltered now, trying to be over protective and keep her safe. Letting her hair down is a thing of the past, until one night, she sneaks out to a party. When she meets Chase, a new guy in town, he lights up a part of her world that had become darkened by being kept away. He’s her secret friend, somehow despite the small insignificance of it all, it’s enough to keep her going. But what she doesn’t anticipate is that Chase’s secrets are about to out-do hers.
Chase is fresh out of juvie. But even though he wants to start over and move on, he can’t, because he has actions that need facing up to – his part in Beth’s sister’s death. And when Beth finds out Chase’s secrets – and the ways that she shouldn’t want to be anywhere near him – it shocks them both when she decides to give him a second chance, out of the blue. It starts as a friendship, but what blooms from that is a forbidden and dangerous romance that neither of them planned, threatening their reputations, the rules Beth lives by and staying faithful to her Sister’s memory.
Overall, One Small Thing was one small thing that made my day a whole lot brighter. Not only was Beth’s despair and grief oh-so-believable, but the romance, despite myself not understanding some of her actions sometimes and picking Chase of all people, was easy and flowed so naturally for them both through the words on the pages. But it’s more than just about grief, but forgiveness and acceptance, and learning how to be happy again, despite things that pull you into the darkness, a perfect sum that Erin captures blissfully in her writing. There’s something so much bigger than just a fluffy YA book about One Small Thing – it holds more weight, in meaningfulness and the after-effects of loss and recovery. Four very large (not one small!) stars.

Erin Watt is the brainchild of two bestselling authors linked together through their love of great books and an addiction to writing. They share one creative imagination. Their greatest love (after their families and pets, of course)? Coming up with fun-and sometimes crazy-ideas. Their greatest fear? Breaking up.

Have you read any of Erin Watt’s books?

What makes you pick up a book – the cover or the blurb?

Thank you so much for stopping by my day on Erin’s tour!