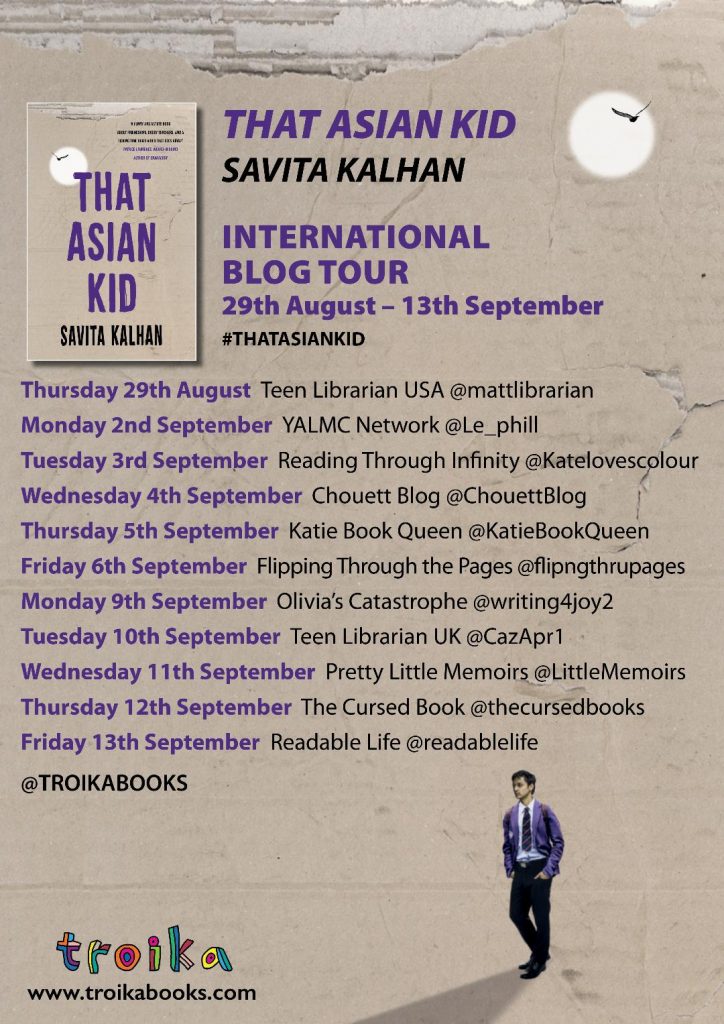 Welcome to my tour date on That Asian Kid’s International Blog Tour by Savita Kalhan. This is the second (and definitely not the last) book I’ve read by Savita – read on to find out just why I loved this incredible novel! 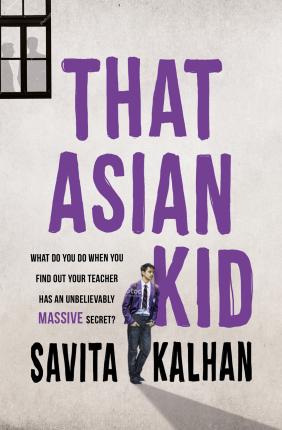 Books I’ve Read By The Same Author: The Girl In The Broken Mirror

Despite his hard work and brains, Jeevan, is doing badly in his GCSE English literature class. His teacher, Mrs Greaves, dislikes him intensely and Jeevan is convinced that he is the victim of racial prejudice.

Can he stand up for what’s right? When he comes upon her in the woods outside school in a compromising situation with another teacher, Jeevan can’t help but film the scene on his phone.

With this secret new ammunition at his fingertips – dare he upload it to social media?

I have been in such a book funk lately. This is the first book I’ve picked up since my last review and I’m so ashamed that I’ve not been as avid of a reader in the last month or so. Life has been pretty hectic for many reasons, and with that, books have been far from my mind. But then with my tour date coming up, I picked up That Asian Kid and began reading. Sure, it took a second to slip back into bookish Becca mode, but then something magical happened. . .

Although 90% of the time I read, it’s a female narrator (or at least follows a female driven/focused character) this time was a refreshing change, and it totally paid off. Jeevan is totally driven, but has one of the most likeable personalities I’ve read to date. Despite trying his very best in all his school work now that he’s got GCSE’s to think about, his English Lit teacher has clearly taken a dislike toward him. Not only that, but Jeevan knows exactly why, and it has everything to do with racial prejudice. The thing is, armed with only a suspicion, although leaning in that direction, Jeevan is hesitant to stand up for himself and out his teacher for her behaviour. But then an opportunity arises – he stumbles upon her in a rather dubious situation with another teacher outside of school and films it on his phone. Jeevan has all he needs as a sort of leverage to use against the hate he’s received from her, but there’s this underlying grip of not wanting to stoop to her level and out her.

You can tell from the get-go that Jeevan is a sweet young boy who just wants to try his best, live a drama-free life and have a laugh with his mates. Savita has such a way with words – gripping, yet powerful – and the way Jeevan’s story is read can be interpreted in so many ways to many different people. It’s so eye-opening, that these kinds of things still happen, or ever happened at all. I FELT every emotion, the highs and the lows that came with Jeevan’s chapters, reeling from choices and actions.

Overall, That Asian Kid is that book you need in schools, in libraries, in everyone’s hands. It’s moving, a stunning swift force in YA. Just when I thought Savita couldn’t outdo The Girl In The Broken Mirror, she follows it up with this firecracker. I thoroughly loved Jeevan, his family, his friends, the moments that felt real. This wasn’t a light read, and it can feel super heavy at times, but it’s needed for the most important message: no matter what the colour of your skin is, you should never be treated any differently than anyone else, and if you are treated differently or singled out, you should always tell someone – because it’s not right, and it never will be. Thank you Savita for truly widening and developing my knowledge amongst your powerful words and characters that live on even after the last page is closed. Huge five star read! 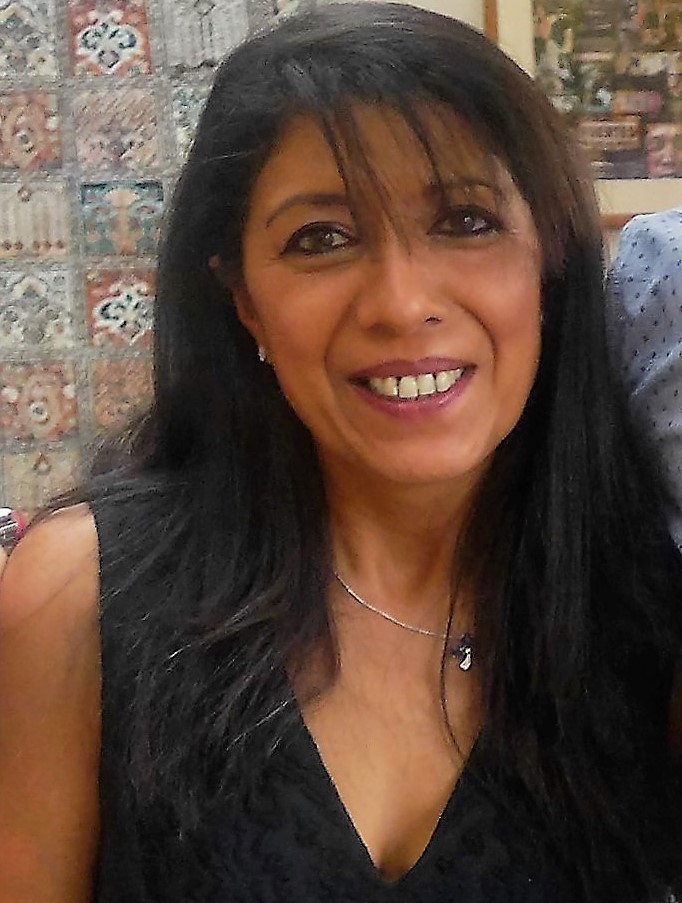 Savita Kalhan was born in India, but has lived in
the UK most of her life. She graduated from Aberystwyth University with a
degree in Politics and Philosophy. She was a Batik artist before going to live
in the Middle East for several years where she taught English and began to
write. Now living in North London, she spends her time
writing, playing tennis, and growing vegetables and super-hot chillies on her
allotment. Savita runs a very enthusiastic teen reading group at her local
library in Finchley, who enjoy reading and talking about books as much as she
does. Her debut teen novel, The Long Weekend, was published by Andersen Press, and is a tense
thriller about two boys who are abducted after school. It was short-listed for
the Fabulous Book Award 2010. Her YA novel The Girl in the Broken Mirror was
published by Troika Books in 2018, and her next YA novel, That Asian Kid, was
published on 29th August 2019.
If you would like to know more about Savita,
you’ll find her on Twitter @savitakalhan, or visit her website – www.savitakalhan.com

Amazon UK – Book Depository
Don’t forget to stop by the other tour dates on this incredible tour for Savita! If you can’t afford to grab a copy online or instore, definitely try libraries/borrow from a friend. This is such a powerful book – it needs to be in your hands!
What did you think of That Asian Kid?
Do you ever get in a reading funk – and if so, what gets you out of it?
If you’ve read this book, what character did you like best? And what part moved you the most?
happy reading!