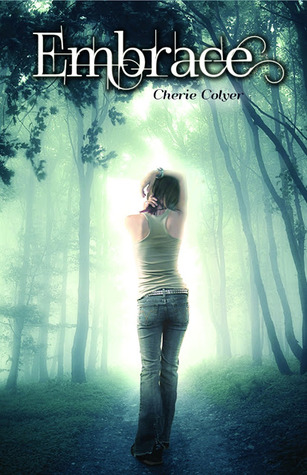 Summary from Goodreads:
Madison is familiar enough with change,
and she hates everything about it. Change took her long-term boyfriend away
from her. It caused one of her friends to suddenly hate her. It’s responsible
for the death of a local along with a host of other mysterious happenings. But
when Madison meets a hot new guy, she thinks her luck is about to improve.

Madison is instantly drawn to the handsome and intriguing Isaac Addington. She
quickly realizes he’s a guy harboring a secret, but she’s willing to risk the
unknown to be with him.

Her world really spins out of control, however, when her best friend becomes
delusional, seeing things that aren’t there and desperately trying to escape
their evil. When the doctors can’t find the answers, Madison seeks her own.

Nothing can prepare her for what she is about to discover.
Dangerous, intoxicating, and darkly romantic, Embrace is a thriller that will
leave you spellbound. 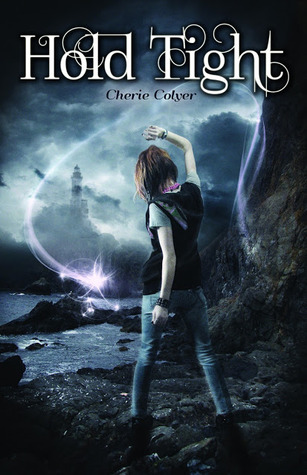 When you’re new to magic, one spell can be the difference between getting what
you want…and ruining the lives of everyone you love.

Sixteen-year-old Madison has just embraced her magical powers. The trick now is
learning how to control them. She and her boyfriend -and fellow witch- can’t
even enjoy a simple kiss without getting shocked when their powers collide.
Instead of mastering her new skills, though, Madison is stuck watching her kid
brother and doing chores.

But being a witch does have its benefits. With a simple spell, Madison
instantly conjures the help she needs around the house. Or so she thinks. Her
idea of “help” invites trouble of its own as a pair of dangerous yet enticing
beings enter her life. When a classmate disappears soon afterwards, Madison
discovers she’s the next victim of a threat she’s powerless to resist…and
there’s nothing it won’t kill to make her surrender.

Caught in the crossfire between two dashing but deadly creatures, Madison must
figure out which one to trust and how to rid her world of the other—before one
of them destroys her and everyone she cares about.

———————-
A sneak-peek excerpt!
He
had a large mix of alternative and rap music, and mostly male singers, so when
I hit a country CD with a blonde on the cover I held it up.

“Taylor
Swift?” I asked.
“What?”
A red flush crept into his cheeks. “I had a crush on her.”
I
looked at the cover. Maybe that was his secret. Maybe he was into blondes. What
if I was an experiment to see if they really did have more fun? My dark
chestnut hair was about as far from Goldilocks as it could get.
He
reached for the CD, but I raised my arm over my head before he could grab it.
“I
was young,” he said, lunging forward and missing my hand.
“And
you’re so old and wise now,” I teased, moving the CD behind my back.
He
grabbed for it, his body practically on top of mine as he tried to catch my
hand. I leaned back, laughing.
“Maybe
we should play it,” I said, squirming to keep him from being able to reach it.
He
wrapped an arm around my back, pulling me closer. “Let’s not.”
We
were a jumbled mass of arms and legs. His belt buckle rubbed the bare skin of
my stomach, and his neck was in perfect kissing distance. My gaze traveled to
his lips. His close proximity had me forgetting I was winning the game of
keep-away…
———————- 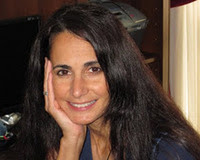 A little about myself: I write young adult and
middle grade novels. I love finding new stories that keep me up late reading.
While my favorite genre is fantasy, if the book is beautifully written with
characters that come alive I’m all over it.
My debut novel EMBRACE is now available from Omnific Publishing.