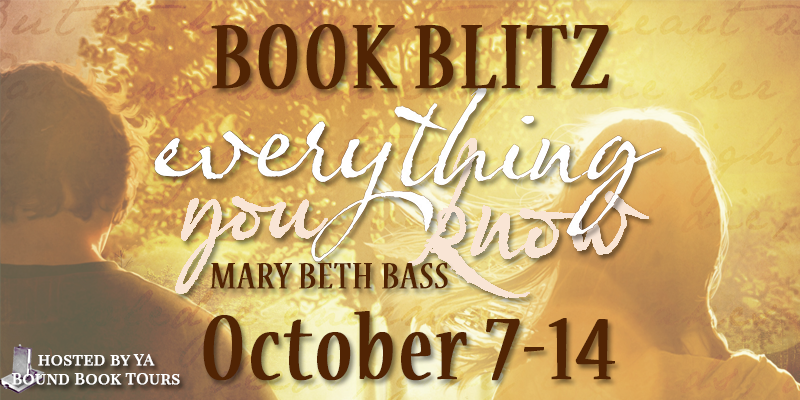 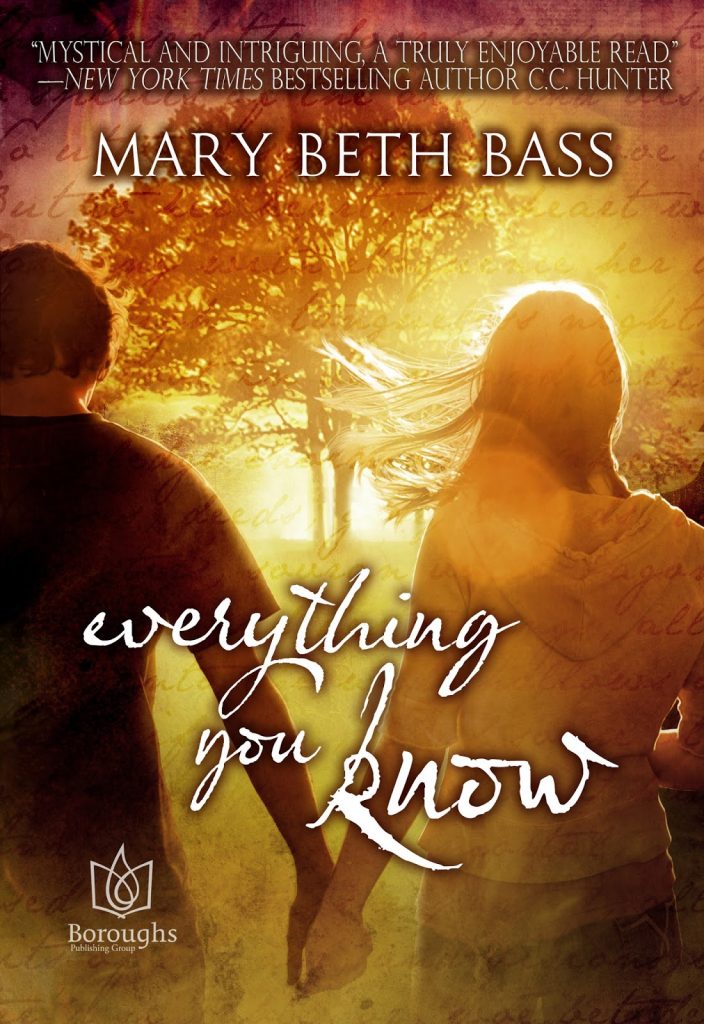 Title: Everything You Know
Author: Mary Beth Bass
Release Date: 09/27/13
Summary from Goodreads:
A dark forest, a screaming woman and blood. These are the images that haunt seventeen year old Emma from the moment she meets Joe Castlellaw. And so much more awaits.

Emma Mathews never believed she was like everyone else, but neither did she think herself crazy. Meeting Joe Castlellaw, Henry Dearborn High’s newest student, was like waking on a cold rock in a strange place, the world bathed in liquid moonlight. Everything is different now…and fraught. Visions of a dark forest, a screaming woman and blood have begun to haunt Emma’s dreams, and not only at night. But Joe’s lonely beauty makes her float on air, and she would follow him anywhere—out of high school and through the great tree, to a world of poetry and political savagery, of magic and murder, to a life that is entirely theirs and yet unlike anything they have ever known.

*Excerpt!*
The sound came again, the gentle hum Emma heard before the man
left. It went on lightly, like background music in a store. Inside the hum, so
faintly she wasn’t sure if she heard it, a human-seeming voice occasionally
whispered. The rasping, musical sound belonged to neither the white-haired man
nor his distant counterpart. Emma listened closely to see if she could hear
what the voice said. She couldn’t, but as soon as she forgot about it the voice
was clear again, like those books where you can only see the secret picture
when you squish your eyes and half-stare at the page.
The airy language sounded like disconnected lines of poetry or
spoken songs, or bits of speeches and unconnected conversations: questions and
answers that didn’t originally belong to one another. Emma listened without
trying, and the words blended together to form a single idea.
Surrender. 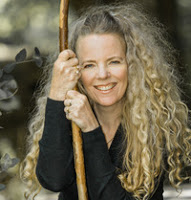 About the Author
More than a little obsessed with Keats and MOBY DICK and fueled by loud music and cold grey days, Mary Beth Bass is the author of young adult fantasy and romantic women’s fiction. Her debut paranormal-women’s fiction hybrid, FOLLOW ME received the Book Buyers Best Award for Time Travel, Fantasy, and Paranormal Romance.

An occasional travel writer, Mary Beth has written about Paris, Bordeaux, and Yorkshire, where she hiked the moors to the legendary setting for WUTHERING HEIGHTS and stood breathless in the parsonage room where Charlotte, Anne, and Emily Bronte talked out their stories with each other.

And if I seem a little strange, well that’s because I am.
Also loves octopuses.

GIVEAWAY
1-prize
pack of C. C. Hunter Shadow Falls series: Born at Midnight, Awake at
Dawn, Taken at Dusk, Whispers at Moonrise, and Chosen at Nightfall (US)
3
ebook copies of Everything You Know (INT)

Doesn’t it look SO amazing?!
Be sure to enter the giveaway and add to Goodreads!

Hello, I'm Becca. I love cats, books and coffee. I'm 24 from South Wales and reading is my biggest passion. On my award-winning book blog, you can find a range of reviews of YA to Adult books and all the topics in-between. Stick around and browse or get in touch. Have a magical day!