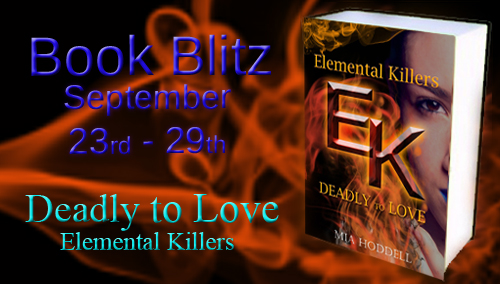 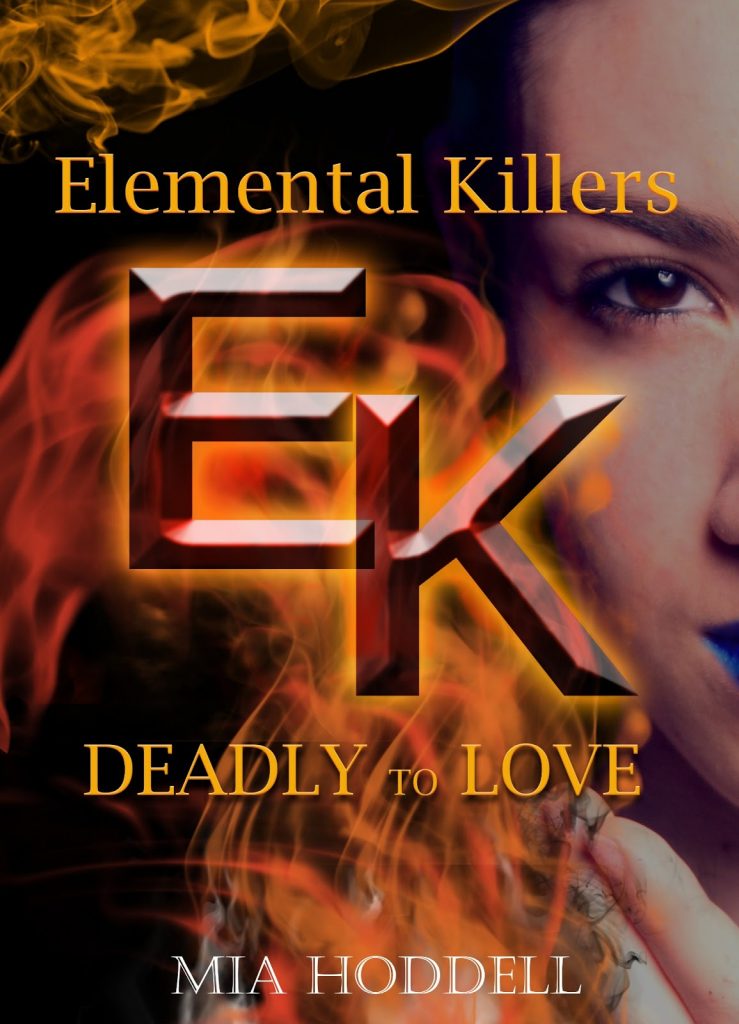 Blurb:
The world is dangerous – but love will kill you.

Little did Serena Jackson know that one simple, flirty remark to an anonymous guy online would lead to her world being changed forever.


She doesn’t know him, but inexplicably, is drawn. She knows it is wrong but she agrees to meet.


His real name is Kai. He is beautiful. And immediately Serena feels herself blindly falling for him even though she senses a lie. She knows he is hiding something and it terrifies her.


What she doesn’t realise is that her entire life has been built on secrets and lies. The people she loved left her in the dark for a reason.


She trusted them. She trusts Kai. But as he pulls her straight into the heart of the danger the lies and deadly secrets are revealed. They overwhelm her, and the person she once was no longer exists as she is thrown into a ruthless world of elemental forces. The price of truth is her life—and now the world wants her dead.

Available from:
Amazon (Kindle) | Amazon (Paperback) | Lulu
and only 99c / 77p on Kindle for September!


Praise:
“I couldn’t put it down. So I finished it last
night and all I can say is WOW! This book was amazing and different.” Brianna (Book Blogger)

“I loved how the author took a different
approach to writing a love story in modern times with the paranormal element present.
I thought it was absolutely wonderful and refreshing. Marvelous!” Kathy H (Amazon Reviewer)

“I will admit I scoffed at the way it
started but in the end I had fallen in love with this story…completely
untraditional it was a very original idea, not to mention modern. This story had
such a good plot and the story structure was sound.” Kacii – The Kooky Bookworm (Book Blogger)

Mia Hoddell lives in the UK with her family and two cats. She spends most of her time writing or reading and loves anything paranormal. Mia always had a love of writing but never reading. She was more interested in sports and hated sitting still – despite getting three poems published before the age of sixteen. Finally though, she found some novels that captured her interest and developed a love of reading which is now one of her favourite hobbies.

Mia began with poems before moving on to short stories. Although she enjoyed this, Mia found she had too much to tell with too little space, so later on she created her first series ‘The Wanderer Trilogy’ and from there other ideas have emerged. With a total of nine books planned at this moment, she is busy working on her second series ‘Elemental Killers’ before moving onto the next idea on her ever growing list.

As he spoke I checked
out the surroundings. It was just starting to get dark outside but I could
still see the black outlines of the trees that surrounded us on either side of
the narrow road.
“Why are we in a
forest?” I asked, a slight hint of fear creeping into my voice as I was
unnerved by the fact that we were in a place where Elementals were most likely
to inhabit.
“Because the house is
located in the forest. Don’t worry we’ll be safe there, I’ve hardly had any
Elemental sightings when I’ve stayed here,” he said, but something about it
didn’t sound very encouraging.
“And how often do you
stay here?” I said slowly, my tone wary.
“Whenever I’m in the
area.” His avoidance of a definite answer unnerved me even more as I knew what
he was going on to say.
“I have to say, that
isn’t very often, but the four times I’ve been here since buying the place have
been peacefully silent.”
I was dumbfounded by
his statement and my eyes were wide in shock as I watched him to see if he was
joking. I saw nothing that led me to believe that or to make me doubt his words
though.
“You’ve only been here
four times?! How do you know this is a safe place then? It could be crawling
with Elementals for all you know.”
He laughed at my sudden
outburst of panic.


To enter all you have to do is buy or have bought Deadly to Love. It’s only $0.99 or £0.79 on Amazon for the duration of the giveaway! This will also unlock extra entries for you so you can earn more points by sharing the giveaway. Remember the more entries she gets the bigger the prize for you so share!