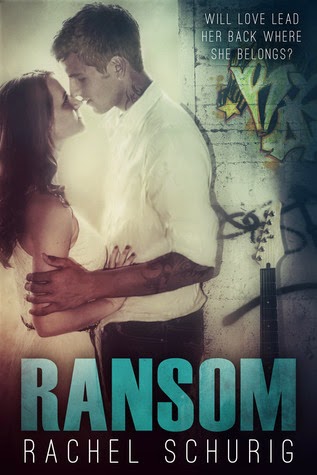 
Synopsis:
**The first book in a brand new series from USA Today bestselling author Rachel Schurig. This New Adult Contemporary Romance novel is a complete story with no cliffhanger.**

Daisy Harris has no reason to suspect that her day will be any different than usual. She’ll go to class, alone. She won’t speak or make eye contact. She’ll spend her entire day doing her best to go completely unnoticed. That’s what life is like for Daisy now—an endless cycle of loneliness and fear. A life lived hiding behind the walls she so faithfully maintains.
Then she sees it. A magazine, left behind in class. A simple picture—just his face. And it changes everything.
It’s been a year since she’s seen Daltrey Ransome. A year since he and his brothers left town to pursue their dreams of rock and roll superstardom. A year since he left Daisy behind—left her to watch as everything she knew crumbled around her. She’s been running from Daltrey ever since, desperate to keep her secret.
But she can’t run anymore. And now that Daltrey has found her—the girl he’s loved his entire life, the girl he’d give up everything for—he’s determined never to let her go again.

Rachel Schurig lives in the metro Detroit area with her dog, Lucy. She loves to watch reality TV and she reads as many books as she can get her hands on. In her spare time, Rachel decorates cakes. Her THREE GIRLS series is available now from Amazon! 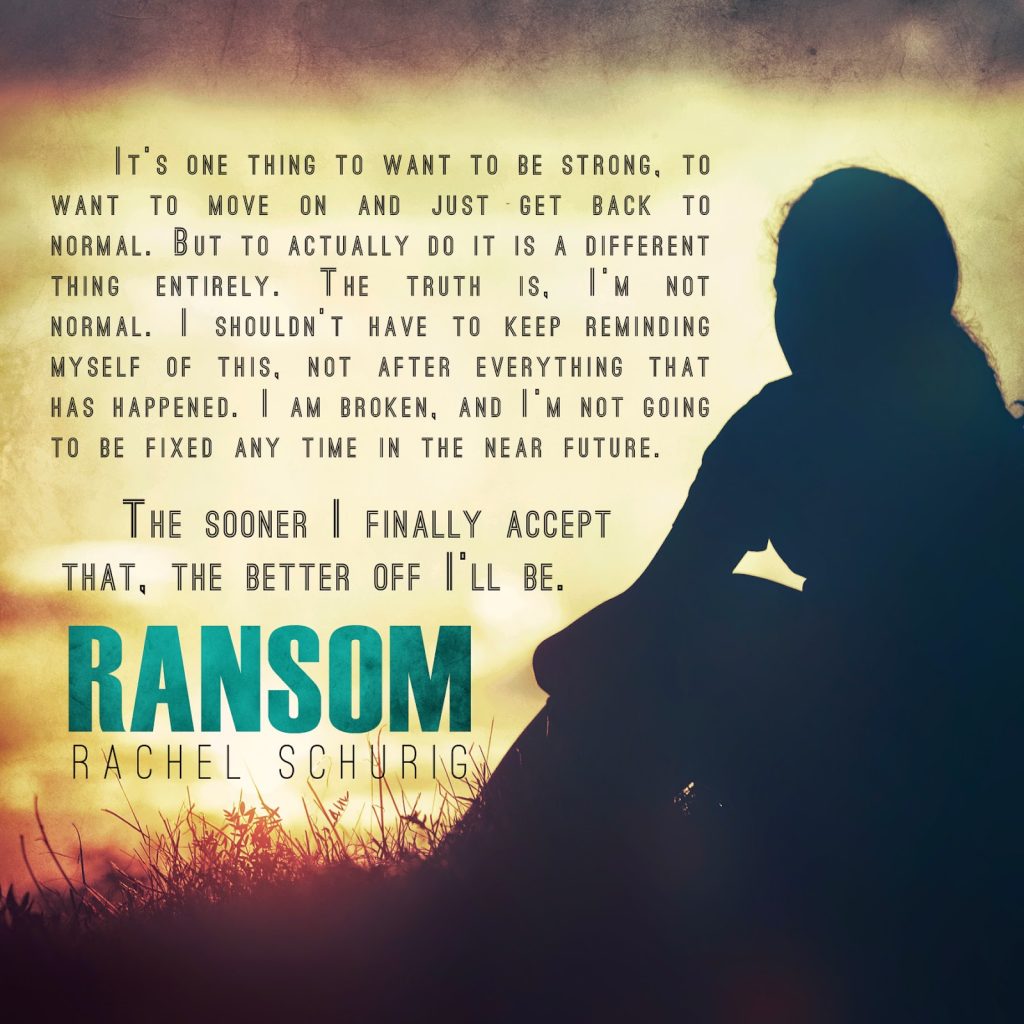 Q & A
What was your inspiration for writing Ransom?
I’ve wanted to write a rock star romance for a long time. When I was in college some friends and I spent a few months following our favorite band on tour. It was one of the best times I’ve ever had! There’s something about a good road trip with good friends—add in the thrill of live music and it can’t be beat! I wanted to write about girlfriends going on an adventure like ours—and finding love along the way. Who doesn’t want to fall for a rock star??
What can you tell us about Daisy?
Poor Daisy’s had a rough year. After her best friend, Daltrey, left to hit it big with his band, Ransom, things went south for Daisy. The victim of some pretty vicious online bullying, she began to withdraw from the world around her. Severe panic attacks brought on by the trauma make it very difficult for her to interact with her peers as she starts college. By the time she meets Ransom fans Karen and Paige, she’s almost forgotten what it’s like to have friends. Karen and Paige help her regain her confidence and find the strength to rekindle her friendship with Daltrey.
What about Daltrey?
Daltrey is one of my favorite characters I’ve ever written. In many ways he’s your classic rock star—sexy, kind of dangerous, very talented, a little cocky. But he’s also incredibly sensitive and emotional. He never got over losing Daisy and now that she’s back in his life he’s determined not to lose her again. His dedication to the girl he’s always loved is pretty swoon worthy!
Can you give us three random facts about Ransom?
1. I plotted this entire book, right down to the names of all the characters, in one afternoon. In fact, I was waiting in line for a ride at Disneyland when inspiration struck. I was so glad I had my cell phone to take notes! By the time I reached the front of the very long line I had all the details squared away.
2. Daltrey and his brothers are all named after famous rock stars who influenced their father. I spent a lot of time choosing the names; I wanted the most influential musicians I could think of but I also needed to make sure the monikers sounded good as first names.
3.  Music was a very big part of my writing process with this story. I created a playlist as I wrote, adding more songs as I went along. By the time I was finished I had a huge list, and I listened to it every time I worked on the book.
Teaser Excerpt!

I told him everything, showed him the scarred, broken part of me, and he didn’t run or push me away. Instead, he held me and cried with me until I was sure I would break with the pain of it. And after all of that, he still wants me.
I can feel it in the way he kisses me so desperately, as if he can’t get enough. He trails his fingers across my face and holds me tightly to him until I’m sure I won’t be able to breathe. Daltrey wants me. He loves me.
“I don’t want to waste any more time,” he says, pulling back so he can look into my eyes. “I want this with you. Forever.”