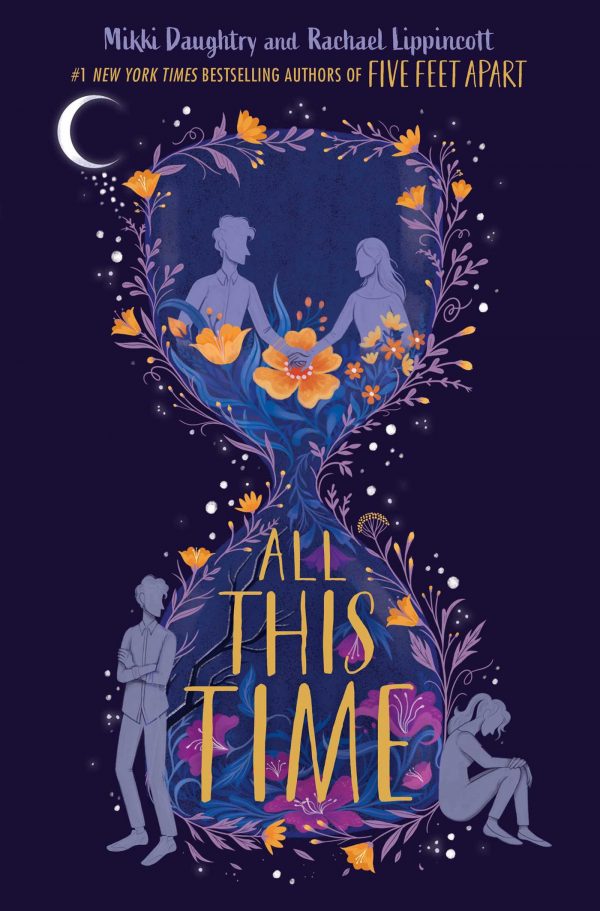 **I was gifted a copy of this book for a fair, impartial review on my blog. This in no way alters my review.**

“Kyle and Kimberly have been the perfect couple all through high school, but when Kimberly breaks up with him on the night of their graduation party, Kyle’s entire world upends—literally. Their car crashes and when he awakes, he has a brain injury. Kimberly is dead. And no one in his life could possibly understand.

Until Marley. Marley is suffering from her own loss, a loss she thinks was her fault. And when their paths cross, Kyle sees in her all the unspoken things he’s feeling.

As Kyle and Marley work to heal each other’s wounds, their feelings for each other grow stronger. But Kyle can’t shake the sense that he’s headed for another crashing moment that will blow up his life as soon as he’s started to put it back together.

When I was offered the chance to read All This Time, I was going through an immense loss (and I still am.) I lost my little soulmate, my cat Lucky, that has been with me for 14 years, after we rescued him as a stray at 3 years old. He was a few weeks shy of 18 years old, and I miss him so very dearly (as it’s very, very fresh). But knowing that this book might touch a nerve that was too raw, I still went with it – and in a way, reading about characters going through loss/grief as well, made such a huge difference, right from the get-go.

Kyle and his girlfriend Kimberly have been the “picture-perfect” couple throughout High School. But out of the blue, she breaks up with him at their graduation party, shattering his world. As quickly as he’s gathering his emotions, it’s thrown into overdrive again – their car crashes. He has suffered a brain injury, and Kimberly? She’s dead. Suddenly, everything doesn’t make sense anymore. No one else around him can understand the mix of confusion and pain that he’s going through, until he meets Marley.

Marley has been going through loss, too. She blames herself for her own grief, similarly to Kyle. And as their worlds blend and their feelings get intertwined, a newfound love growing stronger through bonding over their similar ways, it seems that they have the answers to patch each other’s wounds. But as quickly as the sun sets, another disaster arises, one that as a reader I had a little suspicion about, bringing their future to a standstill. (It’s too large of a spoiler, but is a SERIOUSLY incredibly written bump in the road.)

Overall, although at times Kyle’s voice wasn’t my favourite to follow, I thoroughly enjoyed All This Time. Secondary characters like Kimberly and Sam were great, although my favorite was still Marley. Marley was such an interesting character, one that I can definitely see played in a Netflix movie by a soft, graceful actress. The story was something I desperately wanted to love, and I did, to the core. It was just what I needed at this time of my life. That’s why I’m so thrilled to give it five, shiny gold stars.

Have you read All This Time?

What did you think of that plot twist?

The story was something I desperately wanted to love, and I did, to the core. It was just what I needed at this time of my life. That’s why I’m so thrilled to give it five, shiny gold stars...