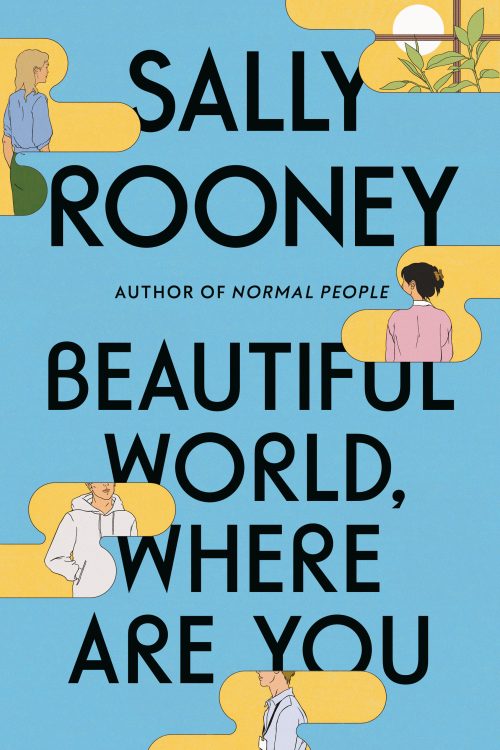 Beautiful World, Where Are You by Sally Rooney

Add to Goodreads
I purchased this book with my own money. There was no obligation to post/give this book a certain rating. This gifting in no way alters my review and I remain impartial.

Published: September 7th 2021 by Farrar, Straus and Giroux
Rating: ★★★★ (4)
Genre: Adult // Romance, Contemporary
Quick Thoughts: An almost-love-letter to finding your way in the world through highs and lows.

About The Book:   Beautiful World, Where Are You is a new novel by Sally Rooney, the bestselling author of Normal People and Conversations with Friends.

Alice, a novelist, meets Felix, who works in a warehouse, and asks him if he’d like to travel to Rome with her. In Dublin, her best friend, Eileen, is getting over a break-up and slips back into flirting with Simon, a man she has known since childhood. Alice, Felix, Eileen, and Simon are still young—but life is catching up with them. They desire each other, they delude each other, they get together, they break apart. They have sex, they worry about sex, they worry about their friendships and the world they live in. Are they standing in the last lighted room before the darkness, bearing witness to something? Will they find a way to believe in a beautiful world?

I hadn’t seen anything about this book (or any hype around it yet) prior to spotting it the tale-end of autumn last year on one of my (very infrequent these days) outings down the book isle of a shop. I know there’s a lot of love for Sally’s Normal People book and so I thought I’d start here, with her newest release, to see if I liked what I read. With my TBR already full for the year, I put it first on my 2022 list…

Main characters Alice, Felix, Eileen and Simon are quite the set of voices. Alice who is a writer meets Felix who works at a warehouse, at the beginning of the book. Alice’s best friend Eileen is struggling to get over a break-up, meanwhile diverting back to flirting and blurring the lines with Simon, a man she’s known since she was young. It’s clear that all four of our main characters have a lot going on, finding age catching up to them (despite still being young) falling in and out of love, struggling and then thriving, full of worry for the world and each other.

I hadn’t picked up a Sally Rooney book until Beautiful World, Where Are You so I wasn’t sure what I was anticipating. I had seen some other readers noting her style of writing is a little different to what I – and others – are used to, without speech marks and in a sort-of blurred mix of voices and thoughts. I personally didn’t mind the different style, but it did get confusing in parts, especially when it came to trying to connect with the characters. The most striking of the foursome was most likely Alice, but I did find a lot of the characters personalities getting lost in one another in the first half, the second truly picking up and letting me feel a connection to Eileen, Felix and Simon.

Overall, Beautiful World, Where Are You was what I could only describe as an almost-love-letter to finding your way in the world through the highs and lows of love, life and adulthood. It had a sort of “classic” feel to it – a book I can see becoming a staple read for New Adult readers, perhaps not as much as Normal People, but similarly – and it is a welcomed read on my bookshelf. It had a few spicy-scenes that I wasn’t expecting but it was definitely on the mild side. But despite the disconnection I felt in the first half of the book, I still found myself incredibly touched by the message of the book (the mental health talk, the questioning of God and the universe) from the middle and was truly taken by the overall vibe it radiated. If you liked Normal People, I’m positive you’ll enjoy this—I throughly loved it.

Sally Rooney was born in 1991 and lives in Dublin, where she graduated from Trinity College. Her work has appeared in Granta, The Dublin Review, The White Review, The Stinging Fly, and the Winter Pages anthology.

Have you read Beautiful World, Where Are You?

If you haven’t, don’t forget to add this lovely book to your TBR!