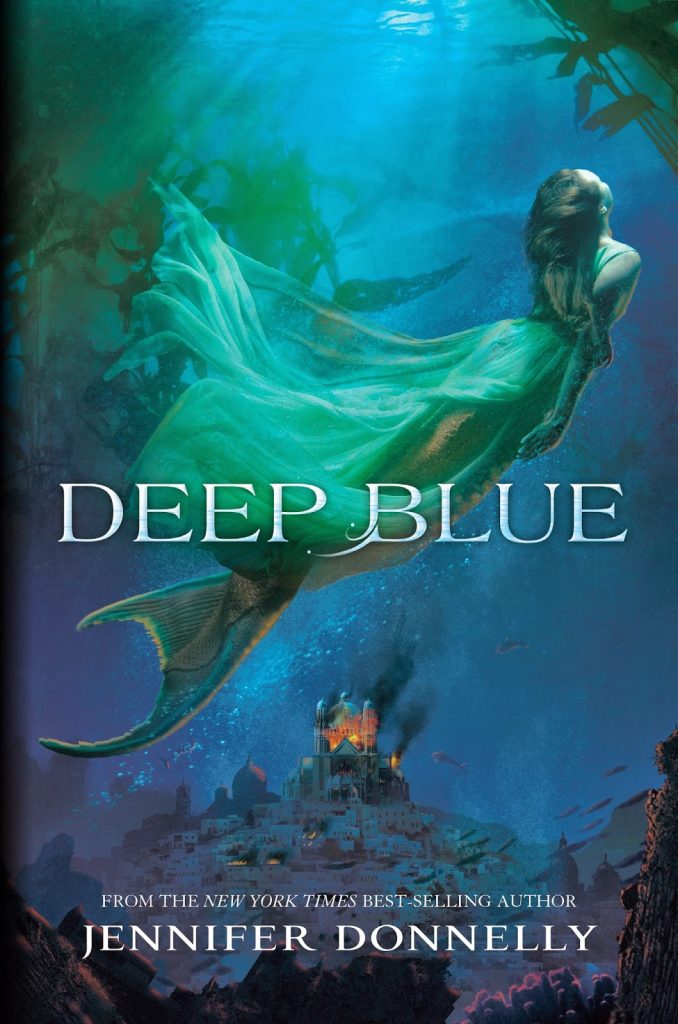 Thanks to Hachette for the ARC of this book! As always, my reviews are fair and non-bias. I received this from the publishers in exchange for an honest review.

The first in a series of four epic tales set in the depths of the ocean, where six mermaids seek to protect and save their hidden world.
Deep in the ocean, in a world not so different from our own, live the merpeople. Their communities are spread throughout the oceans, seas, and freshwaters all over the globe.
When Serafina, a mermaid of the Mediterranean Sea, awakens on the morning of her betrothal, her biggest worry should be winning the love of handsome Prince Mahdi. And yet Sera finds herself haunted by strange dreams that foretell the return of an ancient evil. Her dark premonitions are confirmed when an assassin’s arrow poisons Sera’s mother. Now, Serafina must embark on a quest to find the assassin’s master and prevent a war between the Mer nations. Led only by her shadowy dreams, Sera searches for five other mermaid heroines who are scattered across the six seas. Together, they will form an unbreakable bond of sisterhood and uncover a conspiracy that threatens their world’s very existence.

As soon as I heard that Deep Blue was a book about Mermaids, I was instantly catapulted back to my favourite Disney character; Ariel. I haven’t ever read a book about Mermaids, and seeing how the folklore has changed and adapted into more and more mythical creatures coming to life in YA fiction, I was happy to add Mermaid to the list!

Deep Blue is all about recreating our image of Mermaids. There wasn’t a moment where I thought; oh, that’s been done before, because it was quite a unique reading experience. When I did a character profile list back in early May, we met the characters; Serafina, Neela, Ling, Becca (name-twin!), Ava and Astrid. In the book, they play very different roles from each other in the history of the book and for the majority of the beginning of Deep Blue, there’s a lot of back story and world-building that goes on to show us more into the world of the characters. Our main character, Serafina – who though very headstrong and tough, is frightful and scared for her home underneath it all, unveiling a whole new layer to her character that slowly shows itself over the course of the book.
There were great uses of puns for the Mermaid’s, with witty, playful and clever takes on their world, like Currensea as money. But it also uses some girl-power type themes being very female-driven, which was one of my favourite things about the book. It’s going to set a great example for younger YA readers with that friendship aspect. I was constantly trying to remind myself that Deep Blue is set…under the sea. I kept forgetting that all this was underwater, so it was definitely a new and diverse way of envisioning the world in the eyes of the characters.
Although it’s not my usual genre choice, I really enjoyed Deep Blue. It was a fresh idea that surprised me, made me laugh and learn tons about a deep, enchanting history and all that would come with the sequel. I felt that book one has set a good jump into book two, getting all the things we as readers needed to know in our minds and leaving us with the anticipation for more. If you’re looking for something exciting and a modern take on what lurks in the ocean, Deep Blue is going to be the book for you. Plus being a major franchise for Disney, I can easily see myself watching and loving Deep Blue as a film.

I usually say that there’s a “scene” that was my favourite, but I actually liked the parts where we learnt what things like what money was called (currensea) and that Dolphins speak Dolpheen. They were little parts that made it unique, but amusing nevertheless.

For younger-to-mid YA readers, this will be something you’ll enjoy the most. For older YA readers and Adults, I’m going to say it’s subject to if their open-minded and creative with the novels they read and have an understanding of Fantasy. Whereas I’m older YA, and I really liked Deep Blue. So it’s really down to individuals.

Have you read Deep Blue?