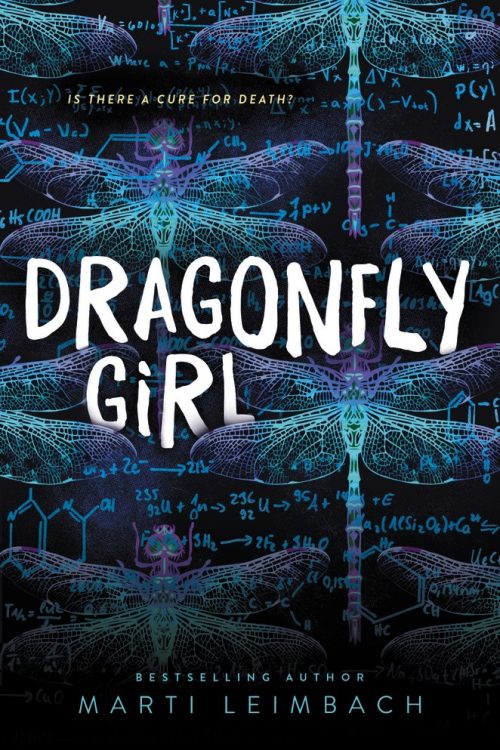 **I was gifted this book for an impartial review on my blog by the author/publisher. This in no way alters my review.**

In this spellbinding thriller and YA debut from bestselling author Marti Leimbach, Kira Adams has discovered a cure for death—and it may just cost her life.

Things aren’t going well for Kira. At home, she cares for her mother and fends off debt collectors. At school, she’s awkward and shy. Plus, she may flunk out if she doesn’t stop obsessing about science, her passion and the one thing she’s good at . . . very good at.

When she wins a prestigious science contest she draws the attention of the celebrated professor Dr. Gregory Munn (as well as his handsome assistant), leading to a part-time job in a top-secret laboratory.

The job is mostly cleaning floors and equipment, but one night, while running her own experiment, she revives a lab rat that has died in her care.

One minute it is dead, the next it is not.

Suddenly she’s the remarkable wunderkind, the girl who can bring back the dead. Everything is going her way. But it turns out that science can be a dangerous business, and Kira is swept up into a world of international rivalry with dark forces that threaten her life.

When Marti first got in touch, I was so excited. I don’t get to read all that many YA mystery/thrillers as a huge contemporary/romance lover, so when as strikingly enthralling as Dragonfly Girl comes along, I had to snap up the chance. As soon as it arrived, I started reading, before I knew it, finishing the entire thing in less than two days.

Kira is pretty much a social outcast, feeling so different from her classmates (only having one true friend), and feels peculiar to basically everyone. At her roots, she’s a caring and devoted daughter, looking after her sick mother and trying hard to pay off their debts. That results in her entering a contest for one of her scientific discoveries that pays, and although her application isn’t entirely truthful, she still wins. And after a fierce few nights with other winners that turns sour, it still results in Kira’s life changing when she’s offered a chance to work with the prestigious Dr. Munn. Not to mention the perk of being around his attractive assistant who seems to get Kira on her level.

Despite the job initially not being very exciting, cleaning up and helping assistants, one night changes everything that Kira knows to be true. She’s suddenly thrust into uncharted territory that beckons the attention of others, and whilst trudging through the unknown, she discovers that this new world is dark and dangerous. Forced to dabble in works that she never thought were possible, Kira knows she’s in way too deep.

Overall, Dragonfly Girl swept me off my feet and into a world of intrigue and enchantingly researched science through the eyes of a poignant and like-minded main character that spoke to my introverted ways on a deep level. The writing, seemingly poetic to me, kept me turning pages until late at night. I have never been so captivated by a mystery that kept me on my toes, learning new ways that characters could evolve. I was surprised at just how much I fell in love with this book and how desperately I didn’t want it to end. It’s absolutely no surprise that this was by far a five-star read that I cannot fault, incredibly written, imaginative and in a league of it’s own.

I write contemporary fiction for young adults and adults, though right now I’m concentrating on my YA thriller series, kicking off with Dragonfly Girl published by Harper Collins Feb ’21.

I’m on Goodreads some, but if you have questions you can also find me on Twitter https://twitter.com/MartiLeimbach

In addition to all things literary, I’m interested in neurodiversity, young inventors, and science.

I teach on the Masters Programme in Creative Writing at the University of Oxford as a fiction tutor. My students are amazing!

When I’m not writing or teaching or reading, I’m looking after a small flock of Ryleand sheep, walking may Shetland sheepdog or hanging out with the fancy rats I breed as part of the National Fancy Rat Society, UK. You can find me at www.martileimbach.com and I LOVE to hear from readers!

Have you read Dragonfly Girl?

If you haven’t, don’t forget to add this amazing novel to your TBR!