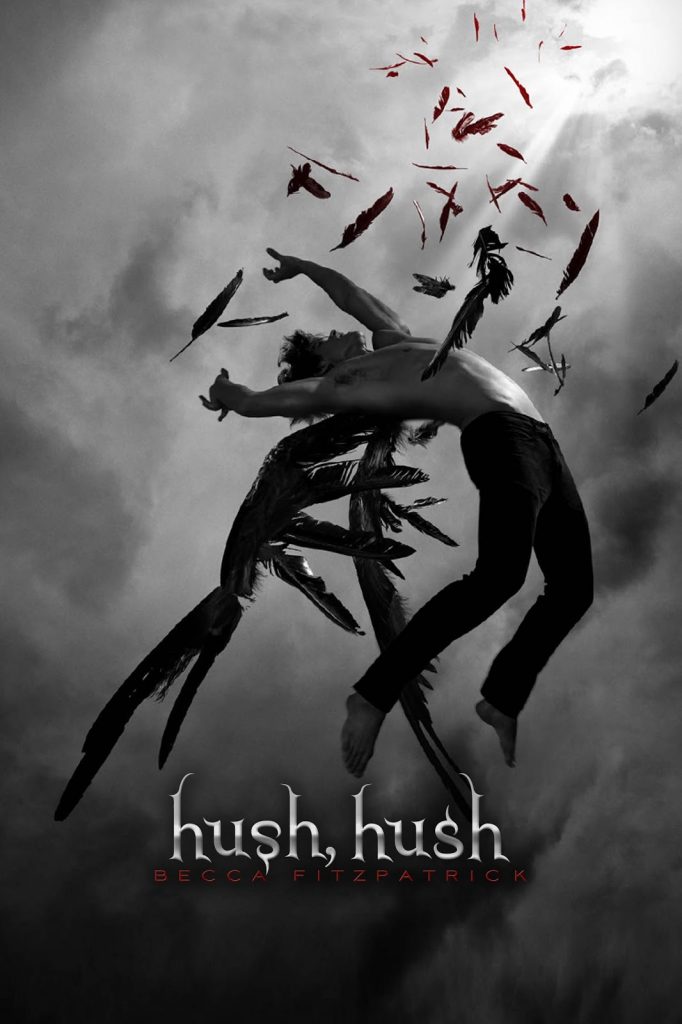 A sacred oath, a fallen angel, a forbidden love…and most definitely my favourite book of all time.

Romance was never part of Nora Grey’s plan. Not that she had a plan in particular, that is. But, she had never been attracted to the boys at her school and no matter how hard her best friend Vee (who is the most amusing character I’ve read about in a while, quite an amazing character..) pushes them at her. This is isn’t until Patch comes along; a boy that’s described as having an easy smile and eyes that seem to see inside Nora–who seems drawn to Patch against her better judgement.

What I thought of the characters… 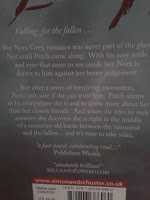 Nora was quite the feisty heroine. She is headstrong and doesn’t fall easily into peer pressure, though has this slight (okay, huge) weakness when it comes to Patch. I’d say that sometimes I found Nora confused, but then that was…the plot. Everything about this book was a mystery and that’s what makes things seem confusing..obviously the characters play into this, and unlike some other readers, I didn’t find Nora “annoying”. Nora had the tendency to play out some of teenager’s biggest dramas; like, falling for the bad guy, or having an arch enemy who is really out to get her. Nevertheless, I quite liked Nora and her weird little quirks. (and she totally has red hair. Sorry, Nora! haha.)
Patch was this typical, mysterious stranger who pops up in the plot of a story and turns some girl’s world upside down with his smouldering looks and charm. But, unlike the rest of them, Patch wanted to kill Nora; which you don’t usually find in the typical boy meets girl reality. Don’t get me wrong, Patch wasn’t all bad, he had a sweeter side that was truly unveiled by Nora throughout the book and his will to save her was a brave thing that added courageous to the list of things this character had. (Who knew Fallen Angels would make for a better story than…vampires?)
Vee. This girl was brilliant. Described as tall and curvy and totally hilarious; there was never a dull scene with her. She was by far my favourite character, and for some reasons I’m not sure why; but then it was most definitely because she ticked all the boxes of a super sidekick. Although she wasn’t a main character as such, I still found that she was in all the “right” scenes and wasn’t an overused character.

My thoughts on the book…

Even though I remember reading this way back when I saw it on the shelves at the bookstore in town, a few years ago, the memories of the novel are still persistently clear in my mind; that ultimately made the characters and world of Coldwater, Maine, come to life.
Fallen Angels weren’t around much, in book terms, a few years back. Vampires and Werewolves hogged the shelves and I couldn’t remember reading a book about Angels..ever. That all changed when a wave of angel books arrived, bringing Hush Hush, Fallen, Angel, etc, to life. 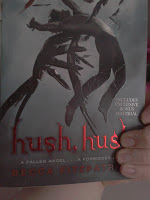 The plot was pretty action packed. There was the obvious “high school” where Nora and her best friend; Vee, were introduced, and unlike other teen romance books, Patch was introduced pretty quickly, which gave a more lasting feeling that I felt “clued-in” with the plot and wasn’t confused with anything. Nora’s father had died, and initially, they said he was murdered to which I instantly thought; this will have something to do with Patch, and in some ways…(spoiler) it did. Nora’s Mom, Blythe, was a work-a-holic, I guess, and had hired a housekeeper to keep Nora in check. I felt this distanced Nora and her Mom, and for a while I didn’t feel a connection between them. Then, it became clear that when Nora starts causing havoc and her world is in danger, her Mom is there for her more.
Patch was a well thought-out character, and had classic one-liners that most authors struggle to keep memorable to readers. Patch and Nora both had a good sense of humour, and they both played off these throughout the book; I particularly found the “I don’t date strangers” “Well, I do; I’ll pick you up..” lines were pretty hilarious.
Not giving too much away, most of this book is all about the element of mystery, where Nora is under threat by someone. Ultimately, I thought it was Patch, because there were no other characters that fitted that shifty-vibe, then as the book progressed, everything became clear. I guessed some of what was going to happen in the future of the book, but that didn’t spoil any surprises for me, and I felt like it started and ended on really good terms.
Below are some of my favourite things about “Hush Hush” and my ratings, etc:

Plot Rating
4/5: I liked the mystery, the romance, the friendship, etc. It kept me interested and hooked for the majority of the book, and I only paused reading it for sleep!

Character Rating/s
Nora: 4/5- Nora had some really classic heroine aspects about her, at times she was a typical dramatic teenager, but I’m glad Becca wrote her like that because otherwise she would’ve been un-lifelike.
Patch: 4/5- Patch was written really well. His personality was brilliantly thought out, and I definitely built a picture in mind of what he would look like given the descriptive text.
Vee: 5/5- Okay, I might be bias, but I really liked Vee (and over the course of the next 3 books, she was more fantastic) because she was a good best friend, a funny, witty character who never lacked in depth.
Marcie: 4/5- Marcie is the arch enemy of Nora, the school’s most popular girl, maybe? Anyway, even though I don’t like girls like Marcie in real-life, the character was written extremely well, and I could definitely recognise elements of her that I’ve seen in real people.

I really hope you enjoy reading this as much as I have (several times!)