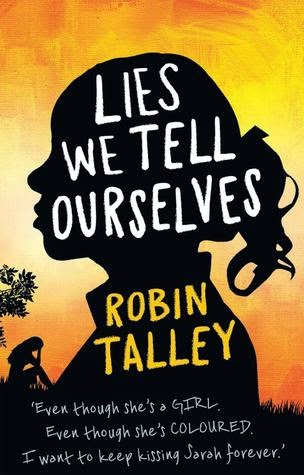 Title: Lies We Tell Ourselves

★ I received this from Mira Ink in exchange for an honest review. As always, my reviews are fair and non-bias. ★

It’s 1959. The battle for civil rights is raging. And it’s Sarah Dunbar’s first day of school, as one of the first black students at the previously all-white Jefferson High.

No one wants Sarah there. Not the Governor. Not the teachers. And certainly not the students – especially Linda Hairston, daughter of the town’s most ardent segregationist. Sarah and Linda have every reason to despise each other. But as a school project forces them to spend time together, the less their differences seem to matter.
And Sarah and Linda start to feel something they’ve never felt before. Something they’re both determined to ignore. Because it’s one thing to be frightened by the world around you – and another thing altogether when you’re terrified of what you feel inside.

I’ve never read a book anything like Lies We Tell Ourselves, so I was going into it without knowing what to expect, although from the glowing reviews on Goodreads, I had high expectations for Robin Talley’s writing.

When Lies We Tell Ourselves begins, it’s 1959 and Sarah Dunbar will be one of the first people that isn’t white to attend Jefferson High. But in this time of the past, no one wants Sarah at the school. Not the students, teachers and Governor, want her there at all. Sarah is thrown into a battlefield of harsh backfire of her integration into the school and the taunting, hurtful words of those surrounding her. As a reader, I was along for the painful things Sarah had to go through and felt how distraught she was at everything happening in her world that resembled more of a whirlwind right now.
But then, we have Linda. She’s the daughter of the town’s segregationist, popular among the students and couldn’t be further from Sarah’s world right now. At first when we see that Linda and Sarah don’t see eye to eye, it’s more of Linda’s fathers beliefs than her own judgement of Sarah. I felt like it was due to the world Linda had grown up in that she had fallen into a pattern where it seemed like it was okay not to like Sarah. But when school compels them to spend more time together, whatever was in the way of their friendship swiftly moves aside. But when their friendship develops into something else, something neither of them thought possible, they are thrown into another maze.
Lies We Tell Ourselves was an eye-opening, spectacular book that far exceeded my expectations. Robin Talley wrote about events that no doubt had truth to them, with a gripping storyline and characters vivid and real. Overall, this book is simply unmissable. Although it was hard to relate to Sarah’s situation, I felt something for each character that stood out on the page to me, and in that way, it was truly memorable. Lies We Tell Ourselves deserves all the recognition it gets for being so exceptional.

Bonus Post:
Mira Ink have asked me to share a lie I tell myself, whether it be serious or just funny! So I got a little creative and… 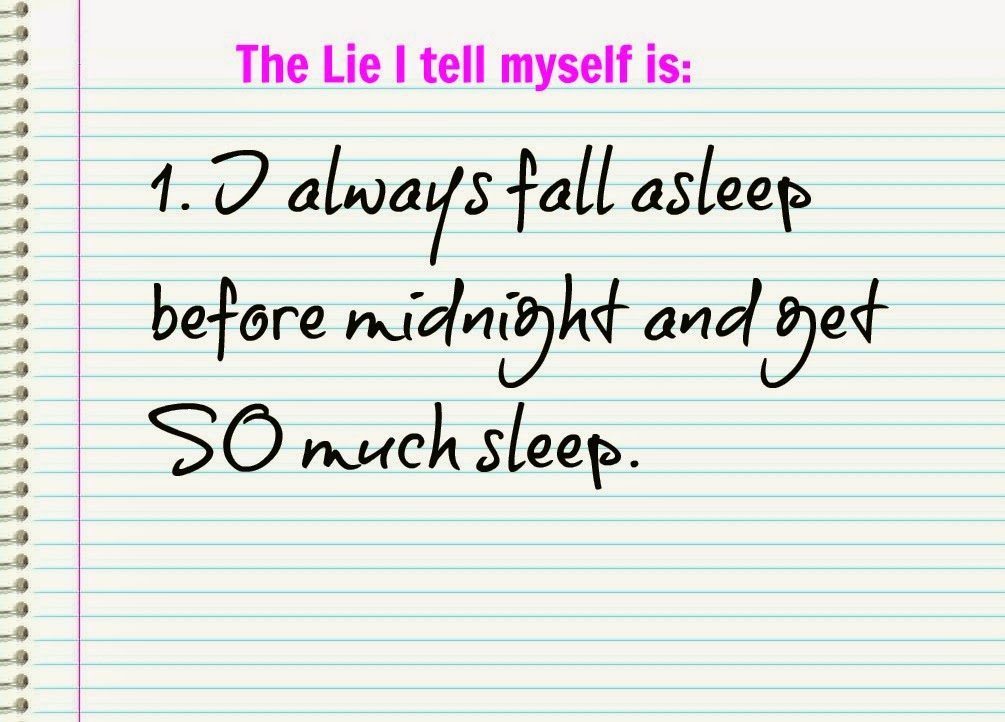 P.S. Biggest Lie Ever. Sleep? What is sleep?

EVERYONE needs to read this.

Have you read Lies We Tell Ourselves?

Tell me in the comments, on twitter or by using the hashtag #LiesWeTellOurselves