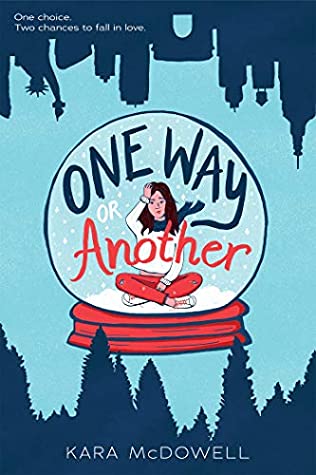 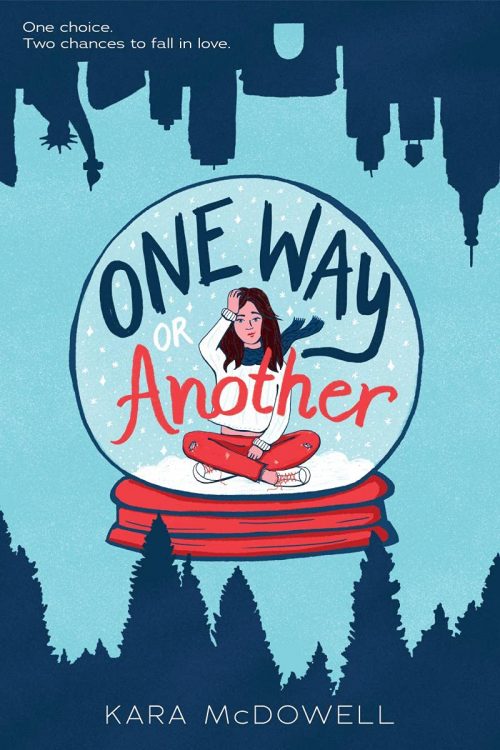 One Way Or Another by Kara McDowell

Add to Goodreads
I was gifted this by a family member, non ad/gifted. There was no obligation to post/give this book a certain rating. This gifting in no way alters my review and I remain impartial.

About The Book: The average person makes 35,000 decisions every single day. That’s about 34,999 too many for Paige Collins, who lives in debilitating fear of making the wrong choice. The simple act of picking an art elective is enough to send her into a spiral of what-ifs. What if she’s destined to be a famous ceramicist but wastes her talent in drama club? What if there’s a carbon monoxide leak in the ceramics studio and everyone drops dead? (Grim, but possible!)

That’s why when Paige is presented with two last-minute options for Christmas vacation, she’s paralyzed by indecision. Should she go with her best friend (and longtime crush) Fitz to his family’s romantic mountain cabin? Or should she accompany her mom to New York, a city Paige has spent her whole life dreaming about?

Just when it seems like Paige will crack from the pressure of choosing, fate steps in — in the form of a slippery grocery store floor — and Paige’s life splits into two very different parallel paths. One path leads to New York where Paige falls for the city . . . and the charms of her unexpected tour guide. The other leads to the mountains where Paige might finally get her chance with Fitz . . . until her anxiety threatens to ruin everything.

However, before Paige gets her happy ending in either destiny, she’ll have to face the truth about her struggle with anxiety — and learn that you don’t have to be “perfect” to deserve true love.

When I was given One Way Or Another as a gift last Christmas, I got swept up in so many occasions and missed opportunities that I neglected it sitting in my TBR stack. But as soon as I was putting together my festive reads, I knew this had to be part of it – one page opened and I was hooked.

Right away, I can tell you: this book had me in my feels, up in the air and down on the ground, internally screaming and swooning. It was such a delightful surprise to immediately become quite literally invested in Paige’s life. Paige, like me, has anxiety. Although, she doesn’t quite see it that way. She has this fear that she’s going to make the wrong choice, and that it will ultimately spin her life out of control if she chooses wrong. It’s part of the reason why she’s kept her long-kept feelings for her best friend Fitz at bay.

So when Paige is given two choices for Christmas – one involving a dream trip to New York City with her mother, and another consisting of a bustling Christmas spent with Fitz’s family at his cabin – she struggles with what if’s and making the “right” choice. But then, fate steps in. She slips at the supermarket with her friend Clover in tow, and bang: her life splits into two alternate timelines, where she experiences both at the same time, in alternating chapters, Fate One and Fate Two. In New York with her mother, visiting an old friend of hers, Paige can’t help but fall under the charm of moody-but-handsome Harrison, and for a while, even I was rooting for them over Fitz and Paige! But in the other timeline at Fitz’s cabin, her feelings intensify – and somehow, so does her anxiety, spiralling out of control in both timelines, coming crashing down in one instant that changes everything.

Overall, One Way Or Another is hands down one of the best books I’ve read all year. The true-to-life portrayal of anxiety, the romance, the tension, the entire festive atmosphere – it was all so, so beautifully written. I was such a Fitz girl at the beginning, and then got super attached to Harrison with Paige, but ultimately, I’m completely over the moon with how the book ended, and how it all got wrapped up into one little neat Christmas bow. You will fall in love with this winter wonderland of sugar-sweet romance, fate and following your heart. Without a doubt a five-star read!

Born in the mountains and raised in the desert, Kara McDowell spent her childhood swimming, boating, and making up stories in her head. As the middle of five children, Kara entertained her family on long road trips by reading short mystery stories out loud and forcing everyone to guess the conclusion. After graduating from Arizona State University with a BA in English Literature, Kara worked as a freelance writer. Now she writes young adult novels from her home in Arizona, where she lives with her husband and three young sons.

Have you read One Way Or Another?

If you haven’t, don’t forget to add this beautifully festive book to your TBR! 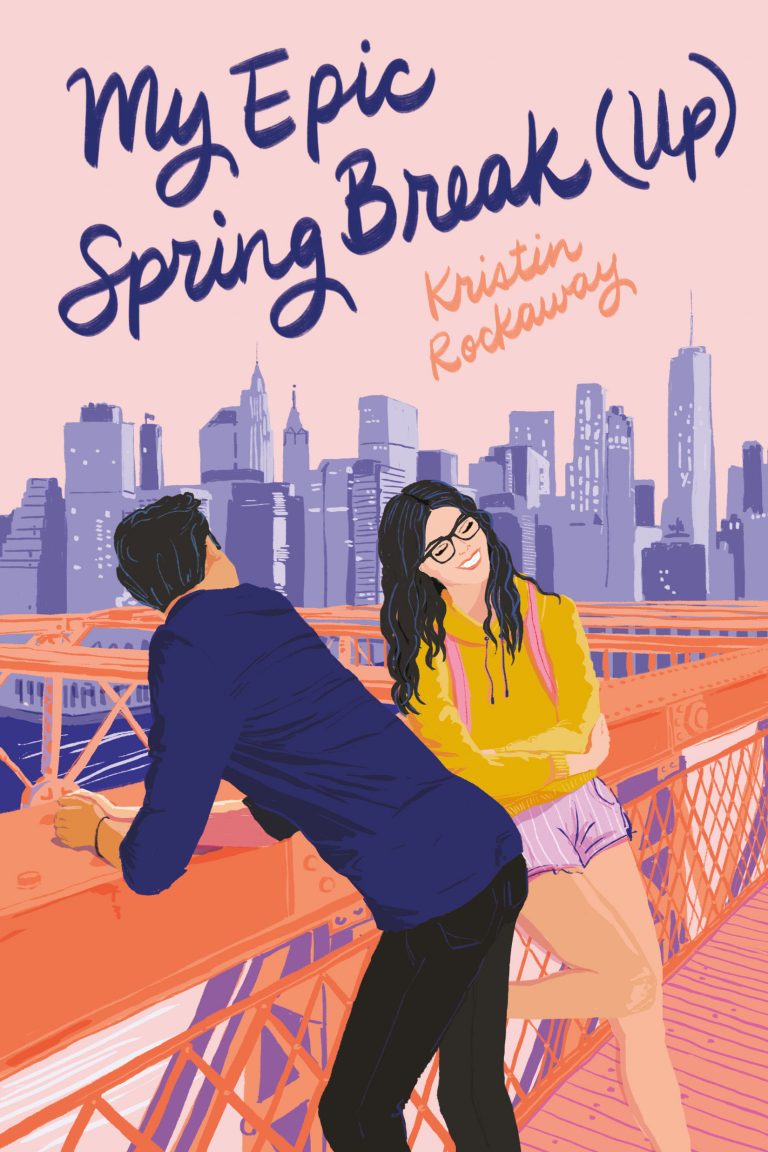 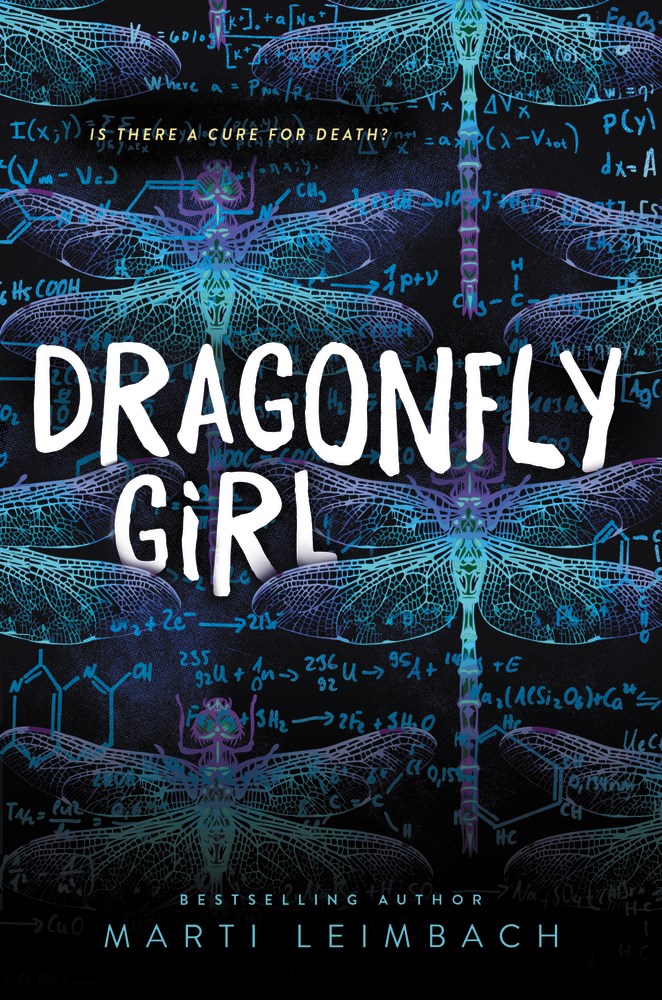