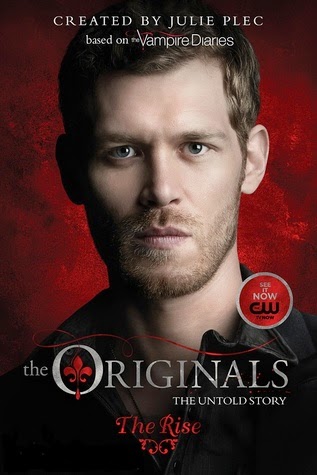 It’s the year 1722.
Ever since the siblings Klaus, Elijah, and Rebekah Mikaelson landed on the shores of New Orleans, they have been fighting to claim the city as their own. They are the oldest vampires in the world, trying to share the city with the witches and the werewolves.
Enter Vivianne. Raised as a witch, she is betrothed to a werewolf for a union that should bring peace between the witches and the werewolves. She is the only girl in New Orleans off limits to the Mikaelsons. Klaus immediately plans to make Vivianne his own.
Can the vampires cling on to their territories in the city? Or will Vivienne and Klaus trigger a battle bigger than anything New Orleans has ever known?

As a MASSIVE fan of all things Vampire Diaries, when The Originals joined the TV show, they were a power family like no other. I was so sad when they departed the show, but as soon as The Originals hit TV, I was roped into their mysterious pasts and wars between Vampires and Witches and Werewolves. And plus, who doesn’t love a Mikaelson?

Straight away I felt like I was watching a flashback episode from the TV show, the characters vibrant and lively, bouncing off the pages and molding into the people I knew and loved from many episodes of gasps and awes at how compelling the start of the Mikaelson family’s lives began – before the return to New Orleans – back to their first visit. Fleeing from their father, hellbent on killing them, Elijah, Klaus and Rebekah (a kickass YA heroine, might I add) enter the dark world of the French Quater of New Orleans. But all is not what it seems, for the new place they want to call home is already home to witches and werewolves, who now have the world’s oldest and strongest vampires to call neighbours.
Then, there’s Vivianne. She’s been raised a witch, although her alliances lay somewhere between witches and werewolves, now that she is betrothed to one. By being engaged to him, this should bring both their kinds together in union and calmness to their different backgrounds. Ultimately, they are hoping it will finally bring peace to the wars between them. But Vivianne’s plans don’t matter to Klaus – even if she is off limits – he is determined to make her his own. Klaus in love is a different Klaus – alike the scenes of him and Caroline (from The Vampire Diaries) in present time. It was interesting to see each character have their loyalties tested and how the chaos around them affected their character.
Suddenly, New Orleans is a place where species fight for territories, the Mikaelson’s trying desperately to hold on to what is rightfully their own. The intriguing family trio start their seperate missions; fiery Rebekah, wise and level-headed Elijah and the outburst-prone, yet charming Klaus, begin what sets in motion the past of where The Originals is at now in the TV show, their choices and decisions echoing through into the future.
I loved The Rise, probably more than I did reading about them in the spin-off of Vampire Diaries books Stefan’s Diaries. There’s something about the Mikaelson’s that can rope you in, compelled (pun intended) and eager to find out their background, stories and tales of being the oldest, strongest beings on the planet. Overall, fans of the show will not want to miss this! If you haven’t yet watched the show, the book might seem a tad confusing, but it’s plausible that you could still understand the characters and the story just as well.
Five stars – or fangs? Either way, I’m dying to read book two!

Rebekah has always been my favourite character of the show, and in the book, she’s still top favourite for her strong and feisty characteristics.

Fans of the TV show and fans of The Vampire Diaries, too. Also anyone who loves a good Vampire novel that isn’t your cliche romance-ish type.

What did you think of The Rise?