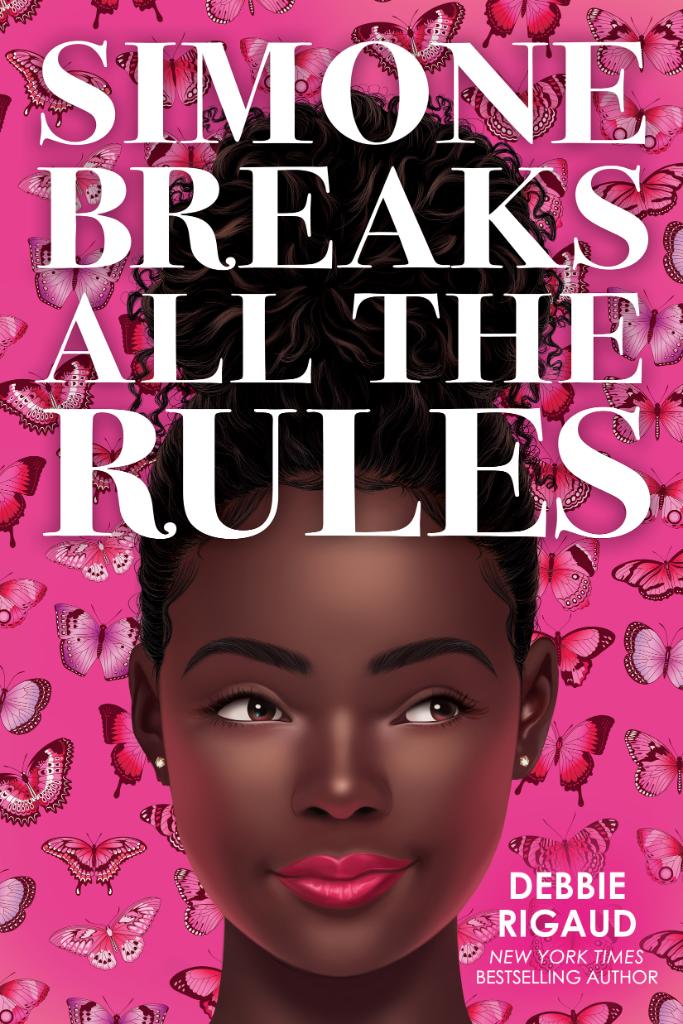 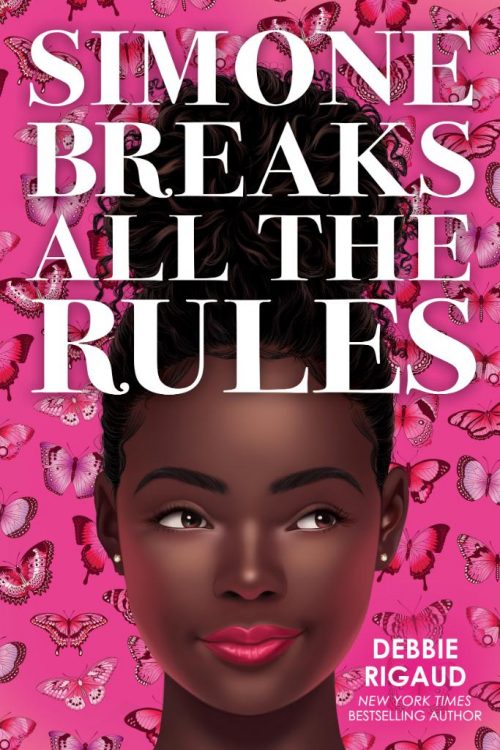 Simone Breaks All the Rules (Book #1) by Debbie Rigaud

Late bloomers unite! This fresh and funny #ownvoices novel from rising star Debbie Rigaud is perfect for fans of To All the Boys I’ve Loved Before and Booksmart.
Simone Thibodeaux’s life is sealed in a boy-proof container.

Her strict Haitian immigrant parents enforce no-dating rules and curfews, and send Simone to an all-girls school. As for prom? Simone is allowed to go on one condition: her parents will select her date (a boy from a nice Haitian immigrant family, obviously).

Simone is desperate to avoid the humiliation of the set up — especially since she’s crushing on a boy she knows her parents wouldn’t approve of. With senior year coming to a close, Simone makes a decision. She and her fellow late-bloomer friends will create a Senior Year Bucket List of all the things they haven’t had a chance to do. On the list: kissing a boy, sneaking out of the house, skipping class (gasp!), and, oh yeah — choosing your own prom date.

But as the list takes on a life of its own, things get more complicated than Simone expected. She’ll have to discover which rules are worth breaking, and which will save her from heartbreak.

Ever since Simone Breaks All The Rules came on my radar, I haven’t stopped thinking about it, eagerly counting the days until it was next on my TBR pile. The cover screams summer and after it was part of my What I’m Reading This Summer post, I know so many of you were also going to check it out for yourselves! As soon as I picked up this butterfly-covered book, nothing else mattered.

Our main character Simone is Haitian-American and has spent a great deal of her young life acting as her Parents expect her to, which by their rules, means that she has lived within a certain box. For a start, Simone cannot date, goes to an all-girls school (so that the “no dating” is even further instilled) and has a strict curfew. Not only that, but as prom is looming – something Simone can’t wait for – their rules imply that she can only go with a boy that they choose. After so many of these things stack up on her shoulders, Simone and her friends, who depict themselves as the late-bloomers, decide to break the rules as Senior Year nears it’s end.

On their bucket list, they decide to just go for it. They make notes upon notes of things they haven’t been able to (or weren’t allowed) to do, like kiss a boy, sneak out of the house after curfew, choose their own date and even skipping classes. For a while, it goes without a hitch. Simone has never felt more free. But then things get super complicated. She’s crushing on a boy that she could really see herself with, but she’d never be allowed to see him in her Parents world they’ve made for her. She knows that right now she’s breaking the rules, but she has to put her heart on the line and decide which ones are actually worth the heartache.

Overall, I really loved Simone Breaks All The Rules. What started slow and steady, turned to turning pages until after dark, immersed in a world so different from my own. I’ve never had rules, per say, growing up, but I was always over-cautious of everything because of anxiety/fear of breaking a rule at school. Even though I personally didn’t go to prom (I was home-schooled after I was 14 because I was sick) I can understand the perfect-image that Simone wanted it to be, actually wanting to make these choices for herself and make her own mistakes instead of living so carefully. Something I adored inside the book was that there is so much appreciation for her Haitian culture, for her family and friendships, and especially a deeply-rooted love to want to live a life she’s happy of. I found myself rooting for Simone and her heart, desperately clinging on to her story until the last page was turned. I thoroughly enjoyed this beautiful story and can’t wait to read more in the series to come.

YA author Debbie M. Rigaud began her writing career covering news and entertainment for magazines. She’s interviewed celebs, politicians, social figures and “real” girls. Her writing has appeared in Seventeen, CosmoGIRL!, Essence, J-14, Trace, Heart&Soul and Vibe Vixen, to name a few. Her first YA fiction writing was published in the anthology HALLWAY DIARIES (KimaniTru Press/September 2007). Her first standalone YA book--a Simon Pulse romantic comedy titled PERFECT SHOT--is due out in the Fall of 2009.

Have you read Simone Breaks All The Rules?