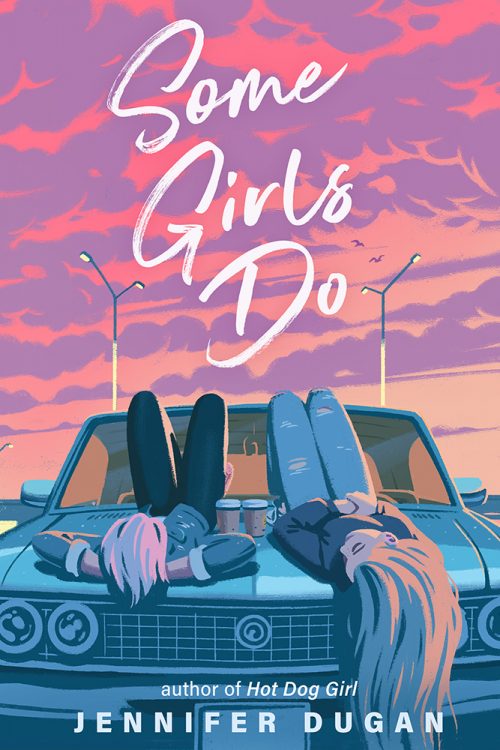 Some Girls Do by Jennifer Dugan

**This book was gifted to me for an impartial review by the Publisher. This in no way alters my review.**

In this YA contemporary queer romance from the author of Hot Dog Girl , an openly gay track star falls for a closeted, bisexual teen beauty queen with a penchant for fixing up old cars.

Morgan, an elite track athlete, is forced to transfer high schools late in her senior year after it turns out being queer is against her private Catholic school’s code of conduct. There, she meets Ruby, who has two hobbies: tinkering with her baby blue 1970 Ford Torino and competing in local beauty pageants, the latter to live out the dreams of her overbearing mother. The two are drawn to each other and can’t deny their growing feelings. But while Morgan–out and proud, and determined to have a fresh start–doesn’t want to have to keep their budding relationship a secret, Ruby isn’t ready to come out yet. With each girl on a different path toward living her truth, can they go the distance together?

Some Girls Do has been on my TBR since last year, gaining a space on my most highly anticipated reads for 2021. So when the opportunity came up to read it, you just know that I jumped! I went straight from another YA Romance into this, my heart still aflutter.

Morgan had to leave her school and everything she built in her past behind just because of who she loves. After her Catholic School made her transfer out after it’s come to light that being queer is against the school’s rules, Morgan has to now join a new school, midway through. It’s the last thing she needed, really, because she’s more or less focused on the track team. She’s an incredible athlete, headstrong and determined to accomplish her goals, so with the sudden change of plan – and new track team – it’s a lot to reconsider. Ruby, on the other hand, is mostly the complete opposite of Morgan. She loves her car, her friends, and is trying to cope with her overbearing and harebrained mother who makes her compete in beauty pageants.

Through a series of misfortune, almost (and actual) car-meets-body incidents, Morgan and Ruby keep running into each other. In these small moments, they begin to develop a relationship that surprises them both when annoyance quickly turns to a deeply rooted connection. But whilst Morgan is out and proud about who she is and who she loves, Ruby isn’t sure about anything. Morgan has been denying her true self for so long because of having to switch schools that she doesn’t want to keep the way she feels, especially about Ruby, a secret. But it’s clear that they are on two different paths, despite the way that the universe gets a little smaller when it’s just the two of them.

Overall, Some Girls Do was one of those reads that just left me feeling like I had a book-hangover. Despite having a little trouble bonding to the characters in the beginning, by the end, I was rooting for them separately, together, and all at once. Jennifer has written such a memorable, striking story that not only tackles real life issues but shows the sunny and dark side to them, also. The book deals with homophobia in a delicately articulated way that I am positive will be incredible for LGBT+ readers that pick this up. Going into the book, I wasn’t sure just how much I’d love it, but now? I can gladly say that it has a treasured part of my heart and bookshelf. I can’t recommend it enough. 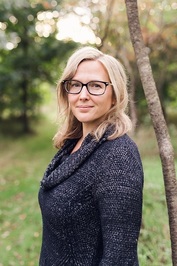 Jennifer Dugan is a writer, geek, and romantic who writes the kinds of stories she wishes she had growing up. In addition to being a young adult novelist, she is also the writer/creator of two indie comics. She lives in New York with her family, dogs, and an evil cat that is no doubt planning to take over the world.

Have you read Some Girls Do or any of Jennifer’s other books?