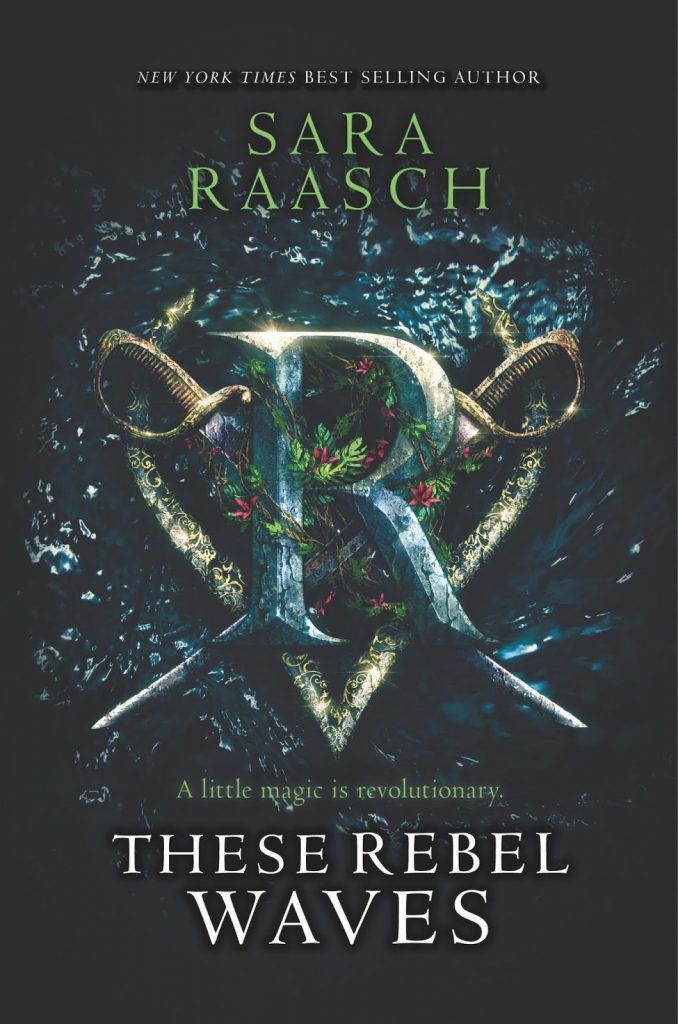 Adeluna is a soldier. Five years ago, she helped the magic-rich island of Grace Loray overthrow its oppressor, Argrid, a country ruled by religion. But adjusting to postwar life has not been easy. When an Argridian delegate vanishes during peace talks with Grace Loray’s new Council, Argrid demands brutal justice—but Lu suspects something more dangerous is at work.
Devereux is a pirate. As one of the outlaws called stream raiders who run rampant on Grace Loray, he pirates the island’s magic plants and sells them on the black market. But after Argrid accuses raiders of the diplomat’s abduction, Vex becomes a target. An expert navigator, he agrees to help Lu find the Argridian—but the truth they uncover could be deadlier than any war.
Benat is a heretic. The crown prince of Argrid, he harbors a secret obsession with Grace Loray’s forbidden magic. When Ben’s father, the king, gives him the shocking task of reversing Argrid’s fear of magic, Ben has to decide if one prince can change a devout country—or if he’s building his own pyre.
As conspiracies arise, Lu, Vex, and Ben will have to decide who they really are . . . and what they are willing to become for peace.

Thank the book Gods that I got an ARC of These Rebel Waves! I was counting the days until it was out, until the lovely (and always amazing) team over at Harper360 sent me a copy! It went straight into my TBR and everything from there was book-bliss!

I don’t read nearly as many YA Fantasy books as I should (and I have shelves of them!) because I’m naturally drawn to Contemporary, but for These Rebel Waves, I got myself all fantasy-ready. I got one of my Fairyloot bookmarks, lit some candles and delved in! We’re introduced to so much so quickly, so it’s really prominent that you’ve got to pay attention. Adeluna, also known mostly as “Lu” thought that war was over and done with, having been a soilder. But she soon learns she can’t hang up her old self yet, because she’s thrown right back into new dangers. After the capture of Vex, Devereux Bell formally, who is one of the island’s biggest and most notable raiders, a new treaty between enemies falls apart.
There’s a lot of action – and a lot going on that bounces from topic, to magic, to politics – flowing easily from page to page. For me, the magic element was hugely what kept me reading faster and faster. There’s magical plants of sorts, that can heal or hinder, depending on how they’re used. Some are hesitant about these things and others thrive on them, but one that is opposed is prince Benat “Ben”. I found myself drawn to Lu the most, whilst still finding Vex and Ben’s perspectives and journey’s thrilling and their characters developing steadily against the plot. Whilst at times there can be a lot going on pacing wise, once you really get into the book, knowing all the ins and outs, it’s like you’re transported to beside the characters, cheering them on and getting truly invested in their tales.
I was really surprised at how much I utterly fell head over heels for These Rebel Waves. Not only is there LGBT representation in the novel, but the characters skin isn’t your typical “every shade of ivory and pale”, skin tones ranging from very pale to dark (and I can’t say just how much this matters!).
Overall, I just have no words. I can’t think of anything other than phenomenal to describe just how much I became addicted to These Rebel Waves. If you’re looking for a new fantasy read with strong, whip-smart female characters, action, romance and political magic, you’ve found your new soulmate. Huge five stars!! (And I can’t wait for the next in this duology)

You can buy THESE REBEL WAVES:
Amazon | Waterstones | Book Depository

Have you read These Rebel Waves? Are you looking forward to it?