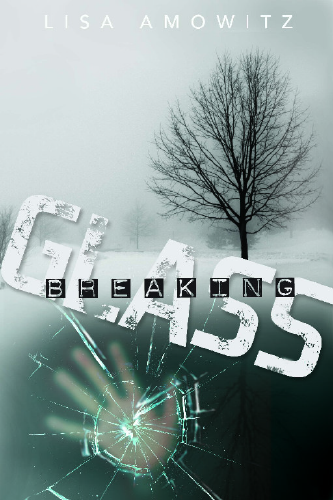 Breaking Glass
by Lisa Amowitz
Release Date: 07/09/13
Publisher: Spencer Hill PressSummary from Goodreads:On the night seventeen-year-old Jeremy Glass winds up in the hospital with a broken leg and a blood alcohol level well above the legal limit, his secret crush, Susannah, disappears. When he begins receiving messages from her from beyond the grave, he’s not sure whether they’re real or if he’s losing his grip on reality. Clue by clue, he gets closer to unraveling the mystery, and soon realizes he must discover the truth or become the next victim himself.

***Excerpt***
“So where is
he?” She cranes her neck, trying to spot Ryan in the crowd.
Heart pounding,
my mind hiccups through its storehouse of facts. I reposition myself to block
her view. There’s no time to try texting Ryan a warning.
I could tell
Susannah. Tell her how Ryan has been sneaking around behind her back for over a
year, even hooking up with two college juniors in a motel room during one of
our out of town meets. But defying the Morgan machine by pointing this out
takes too much energy. Instead I blurt, “Did you realize the Watch Hill
carousel was once part of a traveling carnival?”
She laughs and
shakes her head. “What? Jeremy, sometimes you can be such a–”
But her voice
trails off as her gaze wanders past mine, her smile crumpling like a paper bag.
I follow her line of sight and I know this is it. The crowd has thinned around
Ryan, enough for her to see him with his mouth smashed against Claudia’s.
“Oh, man,” I
gasp. I turn to comfort Susannah, but she is already gone.
I stand,
dithering; wanting to run after her and apologize for letting her walk into
this ambush.
But, no. This is
something Ryan needs to take care of. I might have signed on to sweep his mess
under the rug, but I’ll be damned if I’m going to clean up after him. I push
through the crowd to get to him.
“What? She what?
Did you know she was coming back early?”
I feel my face
heat. “No.”
Ryan pushes
Claudia off of him, his stage makeup still glistening and thick, traces of
Claudia’s lipstick smeared on his lips. “Good job, Jeremy. You could have at
least texted me.”
My hand curls
into a fist. I stuff it in my jacket pocket. “She ran out,” I say. “Maybe you
can catch her.”
Ryan shrugs, and
without a coat, stalks out of the theater into the night. I wait a few minutes
then follow. Susannah’s car is gone, and so is Ryan’s. I try to call Susannah,
but she doesn’t pick up.
I get in my car
and focus on resisting the water bottle’s siren call, panicked glimpses of my
waking nightmare crashing through the floodgates, the terrifying memories swept
through with it. The rain and the torrents of water sweeping past, draining
into the Gorge, forcing me to remember. To relive it. No. Not now.
I need to stay clear.
Since eighth
grade, when I discovered that liquor dulls my terrors, I have been a master
thief and spy.
Not even Ryan
knows.
Just a sip to
calm my shaky nerves. One tiny sip to beat back the rising waters that threaten
to drown me. I can do it. I pride myself on my steely self-control. My ability
to remain stone-cold sober even when the track team holds a victory keg party.
They call me Jeremy the Teetotaler. Jeremy, the History Nerd who never
partakes.
I snap open the
glove compartment. The innocuous silver bottle is shoved behind the owner’s
manual, gas receipts and a collection of power bar wrappers. I raise it to my
lips and gulp once, twice, three times; the cold liquid igniting as it hits my
throat. It takes two, three more gulps to slow my heart to normal speed. The
bottle is nearly empty. I cap it and return it to the compartment, warmth
flowing to my cold fingers. I’d need to drink three times as much as that to
lose focus.
Swerving the
deserted black roads slick with rain over ice, I follow my usual running
circuit. This is familiar turf. My backyard, practically.
Yes. I can do
this. Susannah knows my route so I hope she’s come this way and parked, knowing
I’d find her. She wants me to find her. To comfort her. I’ll tell her
everything. How I’m sorry for lying to her. For letting Ryan hurt her. And
maybe at last she’ll accept that it’s not Ryan she wants, but me.
But there’s no
sign of her.
After driving
and searching fruitlessly, my mind churning with outcomes, the now driving rain
blurring my windshield, I can’t stand it anymore. My heart is racing. Just one
last sip to fortify myself is all I need.
When I round the
next hairpin curve, my headlights flash on Ryan’s car parked behind Susannah’s,
engines running. I squint through the rain and mist and spot them behind the
guardrail, illuminated in the headlamps’ cone of light. There’s no shoulder on
this side of the road, so I pull over when I can, about twenty yards past them.
When I finally
get out of the car I can hear her shouts over the racket the rain makes. My
head is buzzing, but my thoughts are clear.
In fact, they’ve
never been clearer, as the roots that entangle me fall away.
The damp air
smells like freedom.
Susannah
screams, and pounds at Ryan’s chest with her fists. He shoves her hard and she
falls backward. I don’t see her get up again. Raucous arguments were nothing
new between Susannah and Ryan, but I’d never seen him hit her before.
There’s a steep
decline into the woods where they’ve chosen to have their argument and I worry
Susannah could have gotten hurt. Ryan disappears now, too. What the
hell are they doing?
I begin to run
at full tilt. I still have some distance to cover, but that’s no problem for
me, even with the Absolut pumping heat through my veins. But my boot heel
catches on a wet leaf then slides out from under me.
I’m flying, but
I land softly. 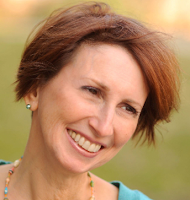 Lisa has been a
professor of Graphic Design at her beloved Bronx Community College where she
has been tormenting and cajoling students for nearly seventeen years. She
started writing eight years ago because she wanted something to illustrate, but
somehow, instead ended up writing YA. Probably because her mind is too dark and
twisted for small children.

***GIVEAWAY***
1-custom
pendant like the one pictured on the book cover
2-signed
ARCS
1-original
work of Breaking Glass related art created and signed by the author.
a Rafflecopter giveaway