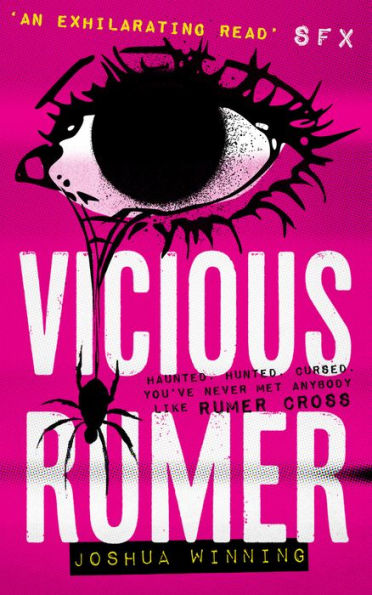 Disclosure: I was sent this book by the publisher/author, for an impartial review. This does not sway my opinion of the book. As always, my reviews are fair and unbiased.

Rumer Cross is cursed. Scraping by working for a dingy London detective agency, she lives in the shadow of her mother, a violent criminal dubbed the ‘Witch Assassin’ whose bloodthirsty rampage terrorised London for over a decade.Raised by foster families who never understood her and terrified she could one day turn into her mother, Rumer has become detached and self-reliant. But when she’s targeted by a vicious mobster who believes she’s hiding an occult relic, she’s drawn into the very world she’s been fighting to avoid.Hunted by assassins and haunted by her mother’s dark legacy, Rumer must also confront a terrible truth: that she’s cursed, because no matter what she does, everybody she’s ever grown close to has died screaming.

It’s always this time of year that my reading habits slip into something more mysterious and thrilling. When Joshua got in touch earlier this year, I knew this would be perfect to host during my Halloween Week of Horrors because I mean, one glance at the book and it screams thrilling. There’s something very alluring about the striking cover and brief blurb, so I was extremely excited to get started reading.

This is
the first novel I’ve read by Joshua, and I can see straight away that I like
the way he writes Rumer’s character. There’s something jagged and edgy about
Rumer – and the writing style – that comes across as nitty and gritty and just
so-very-readable. The story is about Rumer Cross, a young adult from London.
The opening scene is quite striking (I won’t give away any spoilers only that
it involves a hammer) and from the get-go, I’m reeled into her story, her
choices, values and how she got in the place she’s in now.
All I
know from getting deeper into her story is that she’s cursed, but she’s strong.
She was abandoned by her mother when she was born and it’s haunted her ever
since. Her mother’s profession has haunted her to, from her title as The
Witch Assassin. She had a rocky upbringing, bouncing from foster homes
all her life. I got the impression that she was a lost soul, but wanted to find
a place she can belong with people she can love, but anyone who’s ever gotten
close has ended up dead. There’s a darkness that surrounds the plot of Vicious Rumer, as we
learn that someone is hunting Rumer for a lost item they believe she has, that
ties into her history and mother’s past. As she fights to come to terms with
her life and the people targeting her, it’s make or break for her and
everything she knows.
Overall, Vicious
Rumer is unlike any book I’ve read before. Whilst
sometimes I did get lost in the plot, there wasn’t a moment where I wasn’t
completely fascinated with everything that arose, the bewitching history of
Rumer’s past and the way the writing never failed to keep me on the edge of my
seat with anticipation. This was one of the best YA-meets-Thriller I’ve read in
a long time (maybe even ever) and I’d recommend it extremely highly. If
your reading jam is dark, edgy YA’s with a strong female heroine, Joshua
Winning has you covered with this incredible read! Amazing four stars.

You can buy VICIOUS RUMER on:

Have you read Vicious Rumer?