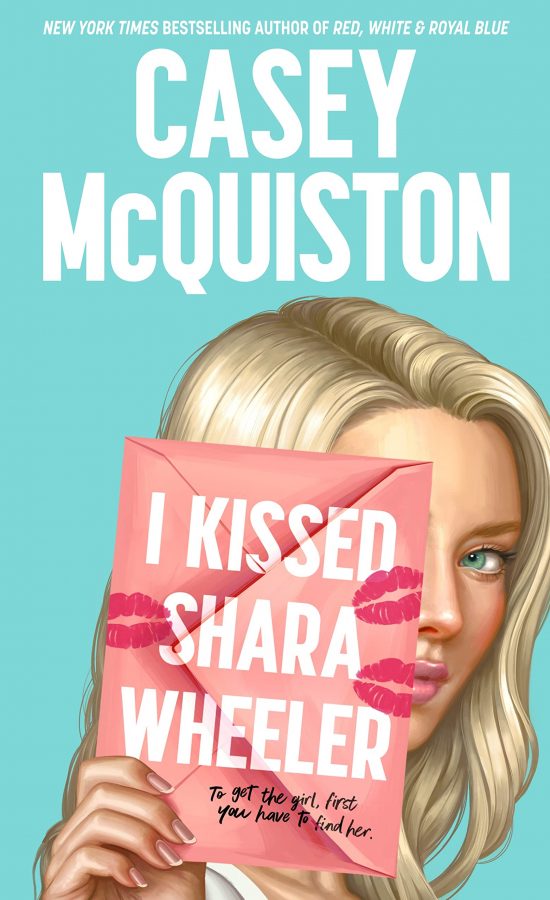 From the bestselling New York Times bestselling author of Red, White and Royal Blue and One Last Stop comes a debut YA romantic comedy about chasing down what you want, only to find what you need . . .

But a month before graduation, Shara kisses Chloe and vanishes.

On a furious hunt for answers, Chloe discovers she’s not the only one Shara kissed. There’s also Smith, Shara’s longtime quarterback sweetheart, and Rory, Shara’s bad boy neighbour with a crush. The three have nothing in common except Shara and the annoyingly cryptic notes she left behind, but together they must untangle Shara’s trail of clues and find her. It’ll be worth it, if Chloe can drag Shara back before graduation to beat her fair-and-square.

Thrown into an unlikely alliance, chasing a ghost through parties, break-ins, puzzles, and secrets revealed on monogrammed stationery, Chloe starts to suspect there might be more to this small town than she thought. And maybe – probably not, but maybe – more to Shara, too.

Fierce, funny and frank, Casey McQuiston’s I Kissed Shara Wheeler is about breaking the rules, getting messy and finding love in unexpected places.

I swear that I must have manifested getting to read I Kissed Shara Wheeler. Every year, I make a lockscreen for my computer comprised of 12 books I want to read that year/get involved in boosting/reviewing. My bookish wishes must’ve come true this year (thanks to Nina D. and Pan MacMillan!) I’m so happy that I was able to let my heart meet it’s match with this sweet story.

Chloe Green, our MC that identifies as bisexual, is headstrong, hilarious and a downright pleasure to read about. And as we learn about her life at Willowgrove Christian Academy—where she’s spent the last four years after moving with her Moms from L.A.—we see that she’s also competitive, too. Her biggest competitor, the only one that can truly keep up with Chloe, is Shara Wheeler—the perfect prom queen, principal’s daughter and well-loved pupil. But, one day a month before graduation, Shara kisses Chloe, then disappears off the face of the Earth, leaving chaos in her wake.

In the midst of, one, trying to figure out why Shara kissed her, and two, where she is, Chloe finds herself working with others in the search. Shara’s loveable, long-time boyfriend Smith, and her neighbour Rory, who people believe has a crush on Shara. The three of them don’t run in the same circles—at least, excluding the past for Smith and Rory—but together they begin unearthing clues Shara left behind, monogramed notes and trails leading to the ultimate end: finding her. For Chloe, it’s all about not letting Shara give her valedictorian by default. She wants to beat her, fair and square, which means dragging her back from wherever she’s hiding. But as Chloe, Rory and Smith begin an unlikely friendship in their search for Shara, it sends all of their lives into spiral, and into possibilities that none of them expected, leading Chloe to question: who is Shara, really? And why does she seem to be everything except who she portrays to be on the surface?

Overall, I ate this up. My head and heart were working overtime reading this. I was rooting for Chloe, this badass, yet sweet character. Her friends became mine, too, as I read (Georgia was a personal favourite) and I found myself falling head over heels for everything this book stands for: breaking the rules to help friends, following your heart, and being your truest, unfiltered self. I Kissed Shara Wheeler was a clever and charming YA rom-com with a quick-witted mystery and wholesome, compassionate characters that made my heart feel warm. I cannot stress just how much I adore this story, and Casey’s writing. As a huge supporter of the LGBTQ+ community, I know this story is going to mean so, so much to them and be a source of comfort for those in similar situations to people living in towns like False Beach. Five stars times infinity.

Casey McQuiston is a New York Times bestselling author of romantic comedies and a pie entusiast. She writes stories about smart people with bad manners falling in love. Born and raised in southern Louisiana, she now lives in New York City with her poodle mix/personal assistant, Pepper.

Have you read I Kissed Shara Wheeler?

If you haven’t yet, don’t forget to add this stunning book to your TBR!