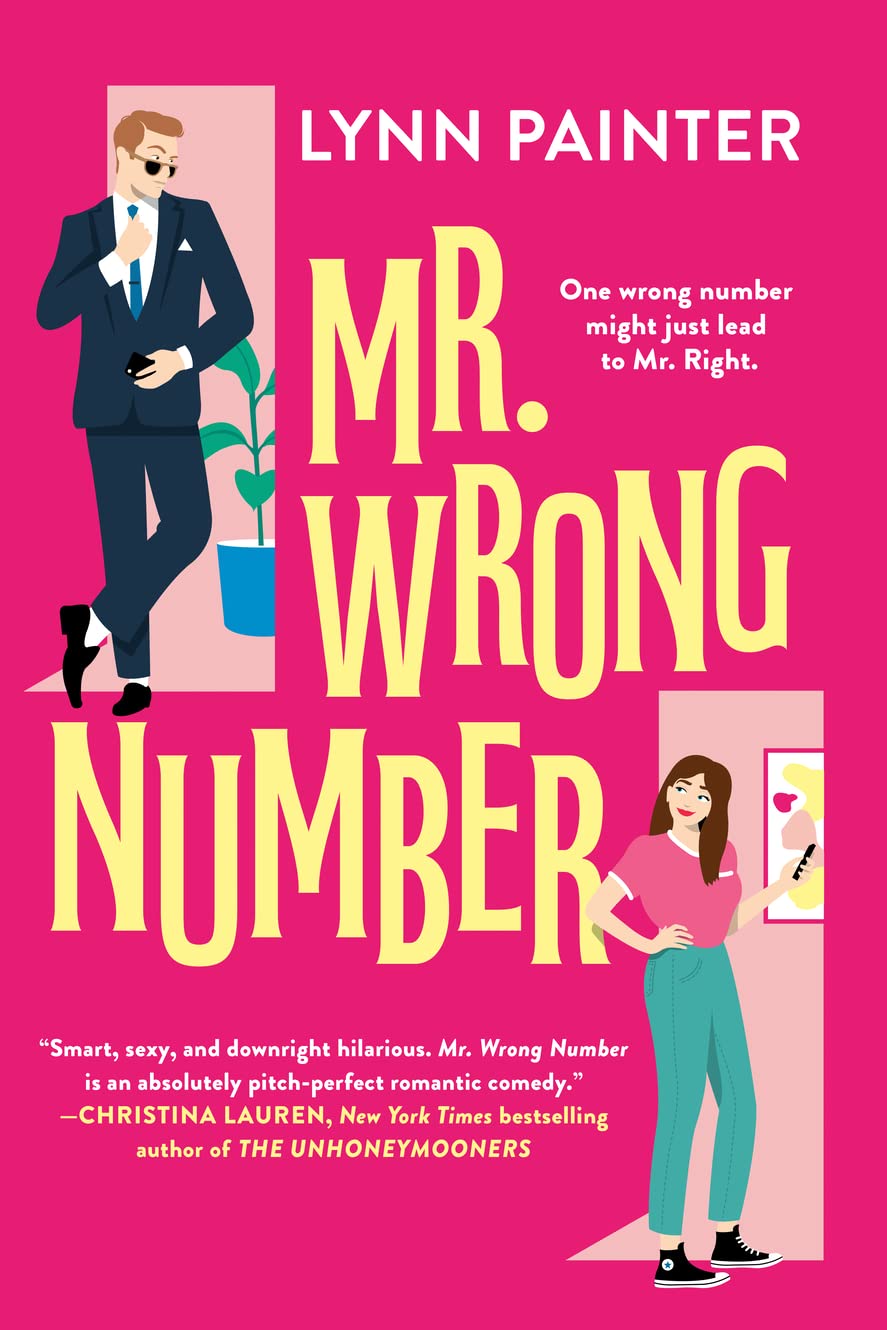 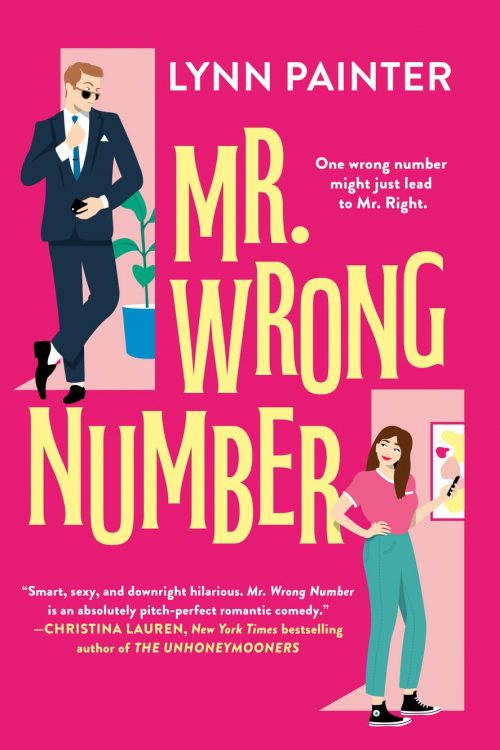 Things get textual when a steamy message from a random wrong number turns into an anonymous relationship in this hilarious rom-com by Lynn Painter.

Bad luck has always followed Olivia Marshall…or maybe she’s just the screw-up her family thinks she is. But when a “What are you wearing?” text from a random wrong number turns into the hottest, most entertaining—albeit anonymous—relationship of her life, she thinks things might be on the upswing….

Colin Beck has always considered Olivia his best friend’s annoying little sister, but when she moves in with them after one of her worst runs of luck, he realizes she’s turned into an altogether different and sexier distraction. He’s sure he can keep his distance, until the moment he discovers she’s the irresistible Miss Misdial he’s been sort of sexting for weeks—and now he has to decide whether to turn the heat up or ghost her before things get messy.

I fell in love with Lynn’s writing when I read Better Than The Movies earlier this year. She is such a talented author and I couldn’t wait to dive into more of her writing.

Olivia Marshall has been dubbed the family disappointment for the longest time, even though she’s trying really hard to be the best version of herself. But after her boyfriend cheats on her and she kind-of burns down her old apartment building, she can’t help but feel like she had a wake-up call. Staying with one of her brothers seems like a great idea in the meantime between getting a new job and place to stay, until she realises who his roommate is: the enigmatic Colin Beck.

Colin and Olivia don’t mix well—in fact, they irritate the hell out of one another. But when Olivia gets an evasive “What are you wearing?” text from a random stranger, it sets off a chain reaction through wild messages and shared secrets between Mr. Wrong Number and Miss Misdial. That is until Colin, who is Mr. Wrong Number, realises that Olivia is his Miss Misdial, unbeknownst to her. But in real-time, Olivia and Colin (without their alter-egos) are warming up to one another, maybe even more than casual acquaintances. Things start heating up between them, and their message counterparts. Colin has a choice to make—ghost her and make things work with real Olivia or turn it up with the fictional version of themselves—whilst Olivia struggles with her own growing feelings for Colin, Mr. Wrong Number, and worries for her general life path at the same time.

Overall, Mr. Wrong Number was so, so much more than what I hoped it would be. I laughed, I rooted for Olivia, I felt everything that she did—the feeling of failure in the eyes of others, of feeling lost in love—and all the bits in-between that made this novel a super-sweet treat. It had tropes I adore (brother’s best friend, enemies-to-lovers) and every turn of the page just got better. This was a firecracker of a novel that will have you laughing-out-loud and swooning simultaneously. I can’t rate it high enough: I’d give it a million stars if I could. Bring on more Lynn novels!

Lynn Painter writes romantic comedies for both teens and adults. She is the author of Better Than The Movies and Mr. Wrong Number, as well as a regular contributor to the Omaha World-Herald. She lives in Nebraska with her husband and pack of wild children, and when she isn't reading or writing, odds are good she’s guzzling energy drinks and watching rom-coms.

Have you read Mr. Wrong Number?