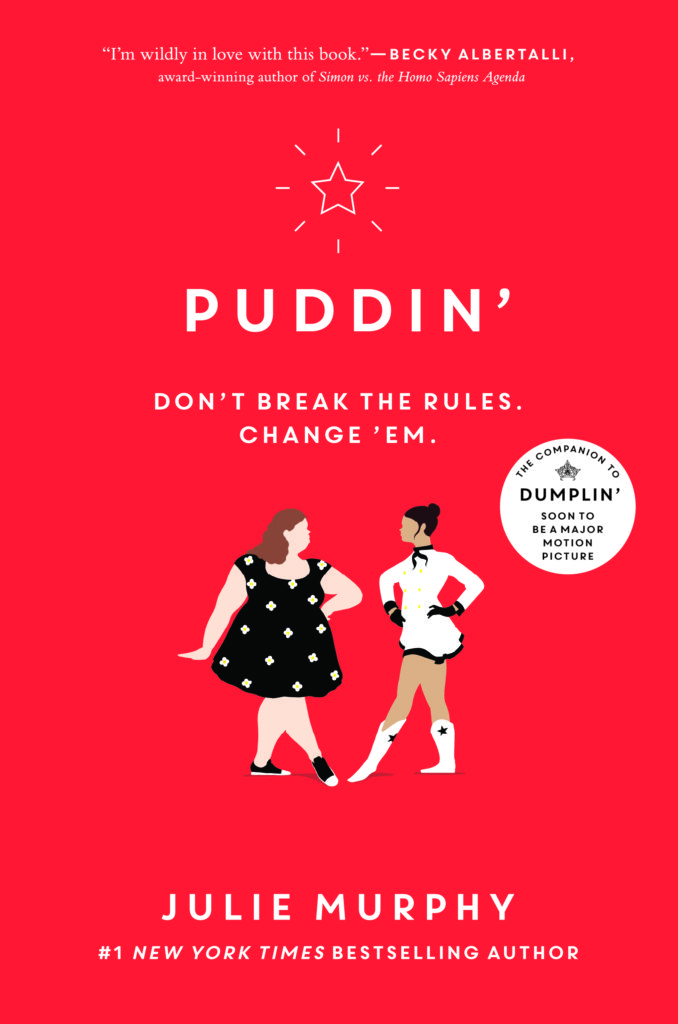 It is a companion novel to Dumplin’, which follows supporting characters from the first book in the months after Willowdean’s star turn in the Clover City pageant.
Millie Michalchuk has gone to fat camp every year since she was a girl. Not this year. This year she has new plans to chase her secret dream—and to kiss her crush. Callie Reyes is the pretty girl who is next in line for dance team captain and has the popular boyfriend. But when it comes to other girls, she’s more frenemy than friend. When circumstances bring the girls together over the course of a semester, they will surprise everyone (especially themselves) by realizing they might have more in common than they ever imagined.

It’s no secret that I absoultely adored Dumplin’ when I read it a staggering two years ago! It was one of my favourite reads that year and when I heard that they were making a movie about Willowdean, my heart skipped a beat! I am so glad they’re putting a Plus Size character on the big screen for a movie about her and not about the “thin best friend” trope that we get nowadays. I remember that Dumplin’ had resonated with me a lot because I’m also plus size, and I found that there was a lot of truth in those small moments we all take for granted when we don’t know that what we’re saying or doing can affect someone.

In the sequel to Dumplin’, there’s Puddin’. (Okay, does the title remind anyone else of Harley Quinn’s line?) It’s essentially a companion novel to the first that follows some of the supporting characters from the first book. We have these two main characters – Millie and Callie – and they’re quite different from each other. Millie is a sweetheart, super positive and just one of those people who would have made the best friend when I was growing up. I never had a friend like Millie at all, or ones that understood what it was like growing up bigger than the other girls. So when I read that Millie usually goes to fat camp every year, I was ready for a story about losing weight, but then, her plans change. She isn’t going to fat camp this year. She’s going to chase her dreams and kiss her crush. The thought that Millie had this confidence that I can only dream of was exhilarating.
But then Millie meets Callie. Callie isn’t like Millie at all. She’s harder, tougher and some may say, prettier. Basically, I felt like she might have been the “mean girl” type. She’s next in line for the dance captain and her friends (or enemies) and even boyfriend, are all popular. So when she meets Millie? It’s not smooth sailing. They’re brought together during the semester, and then their layers start unveiling their own flaws, beliefs and common ground they have. (By the end, I was even starting to like Callie – a character who I never would have thought I could.)
I’m just utterly blown away each time I read something by Julie Murphy. I’m an avid collector of her novels and to this day, nothing quite makes my heart happy like feeling like I can gel with the characters in a book series that isn’t all about the fat girl losing weight. It’s about the fat girl getting her dreams. Because weight? It’s just weight. It shouldn’t define who you are. And Dumplin’ and now Puddin’, have both been examples of just how to write an incredible, empowering and 5-star worthy YA novel. So it goes without saying that this has been one of my favourite reads this year so far! Huge, huge love for this book (and for Julie!). 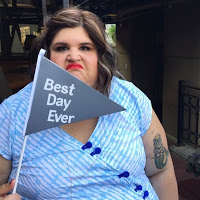 Julie Murphy is a potty-mouthed Southern belle who was born in Bridgeport, Connecticut, but found her home in Fort Worth, Texas. She’s never seen Star Wars, but has yet to meet a made for TV movie she didn’t love. When she’s not writing, Julie can be found cruising Costco for free samples, watching Sister Act 2, stalking drag queens on instagram, obsessing over the logistics of Mars One, and forever searching for the perfect slice of cheese pizza. She lives with her bearded husband, two vicious cats, and one pomeranian that can pass as a bear cub. DUMPLIN’ is her second young adult novel.

Have you read Puddin’ or Dumplin’?