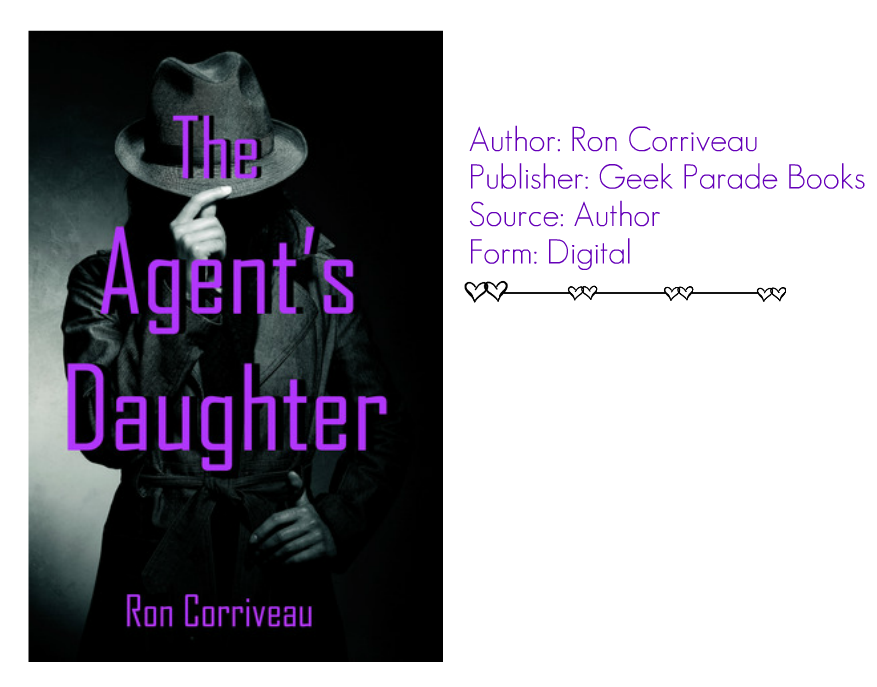 Melina has been preparing for a future career as a spy.

She just doesn’t know it.

Legendary spy Evan Roberts always knew that his fifteen-year-old daughter Melina also possessed the absolute lack of fear required of an agent. Without telling her his real profession or his intention, he began to guide her toward an eventual career as a spy. However, Melina’s world is shattered after her mom is involved in an accident that leaves her mysteriously unhurt but unresponsive. Her father’s plans on hold, Melina settles into life at a suburban high school, immersing herself in a world of schoolwork, her friends and a budding romance with Alex, the cute new guy in her class.
When Melina and her father uncover shocking new information about her mother’s accident, Melina is pulled deep into her father’s shadowy world. With Alex desperately trying to find her and only hours to go before it will be too late to save her mother, Melina and her father work together using their combined skills to find a way to reach her.

I was so intrigued to read such a different kind of novel to the genre I usually tend to sway to. The description really drew me in, and I knew it was going to be a good read from the moment Ron kindly asked me if I would read it. The only spy novel I had read before was the Ally Carter series, and although the stories aren’t similar, except for the spy theme, I was still drawn to the mystery and hint of YA romance in the mix.

What really struck me with The Agent’s Daughter was that this sort of blended so many themes together. There was Melina’s romance with the ‘cute new guy’, the high school friendship dramas, then the mystery and hard hitting thriller theme.
Melina Roberts, daughter of the legendary spy that is Evan Roberts, is completely oblivious to the fact that her father is a spy, or just how amazing at is as he is. At first, she’s just this typical high school student, wrapped up in a world of schoolwork and having a crush on the new guy at school. Though soon, she is enveloped into her father’s shadowy world of darkened corners that lead her astray. Soon, her and Alex, with whom she has a newfound romantic connection with, are pulled apart when Melina is pulled into finding out how to save her mother, with Alex desperately trying to find her.
Melina and her father are a team, and have to use their own skills and traits to come together to finally be able to save her mother after her accident. Evan had been guiding Melina all along, and she started to pick up on things with ease and spy-like.
I read through this in amazement. It was so refreshing to read such a fast-paced, mysterious and thought provoking novel, so enthralling that I finished it in just a few hours in one afternoon. Ron writes with exact and precise facts about the high school life for a fifteen-year-old girl and how family can come together in any situation to save the day.
I absolutely adored the ending, and how everything came together. That’s a must for me when reading a book; that everything is tied up perfectly like this was because cliff-hangers are so bittersweet for me!
This is a must-read for anyone who loves an addictive thrilling novel with YA romance, mystery and that you won’t put down!

I highly recommend this to anyone looking for something bursting with energy, thrills and a hint of romance! Many thanks to Ron, again, for sending me his novel!