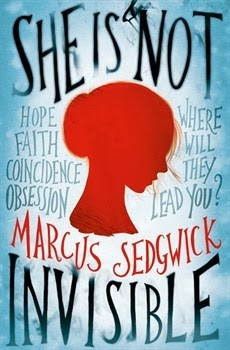 Title: She Is Not Invisible

With thanks to Orion for sending me a copy for a fair and honest review. As always, my reviews are non-bias!

Laureth Peak’s father is a writer. For years he’s been trying, and failing, to write a novel about coincidence. His wife thinks he’s obsessed, Laureth thinks he’s on the verge of a breakdown.He’s supposed to be doing research in Austria, so when his notebook shows up in New York, Laureth knows something is wrong.

On impulse she steals her mother’s credit card and heads for the States, taking her strange little brother Benjamin with her. Reunited with the notebook, they begin to follow clues inside, trying to find their wayward father. Ahead lie challenges and threats, all of which are that much tougher for Laureth than they would be for any other 16-year old.

Because Laureth Peak is blind.

I was so amazed by the synopsis of She Is Not Invisible that I was bemused by it. Totally unique and intriguing, I was so pleased when I got sent a copy by Orion (their books are awesome!) for review. YAY.

What struck me first was how
detailed and precise Laureth’s narration was, and how intricate her life was
like being blind, but that it did not trouble her at all. It was so realistically accurate that I was astounded at how
powerful Marcus Sedgwick had written her point of view. Her outlook on the
world was strong and vivid, because she had learned to perceive things
differently to how others would with sight, and how strong of a poise she had
regardless.
The story follows Laureth as she
steals her mother’s credit card to journey to find out what happened to her
father, who’s notebook has shown up in New York after he was doing research in
Austria. He’s been trying to write a novel about coincidence for several
years and without success. Laureth’s mother thinks he has an obsession with it,
though Laureth has her own suspicions, including thinking he might be heading
for a breakdown of some sort, but that something just isn’t right about the situation. So when she finds out about his notebook showing
up nowhere near Austria, and all the way over in NYC, Laureth knows that the
pieces don’t add up and she must do something…soon.
With her odd little brother
Benjamin, she heads off into the unknown territory to find her father. I
thought at this point, and at many before and after this point, that Laureth was
incredibly brave, yet delicate at times, she had the courage that isn’t found
in just anybody, but in someone who truly believes in themselves, blind or not.
I was amazed that in the entire
novel, there wasn’t a moment where I thought I was missing out on any
descriptive writing or lacking details, because of Laureth being blind. She was
inquisitive and very aware of her surroundings, and that made for a magnificent
novel with more power and emotion than I had read in a very long time. I was
baffled, fascinated and hooked at the challenges that Laureth and Benjamin and
their family went through throughout the novel, and the consequences and
coincidence that intertwined with the plot was inevitably brilliant.
A huge five star novel
that’s surely going to be loved by many more to come, that I thought was astonishing
and flawless. Incredible!

Have you read “She is Not Invisible”? 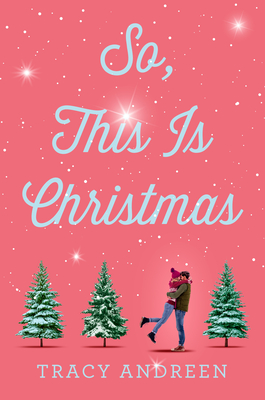