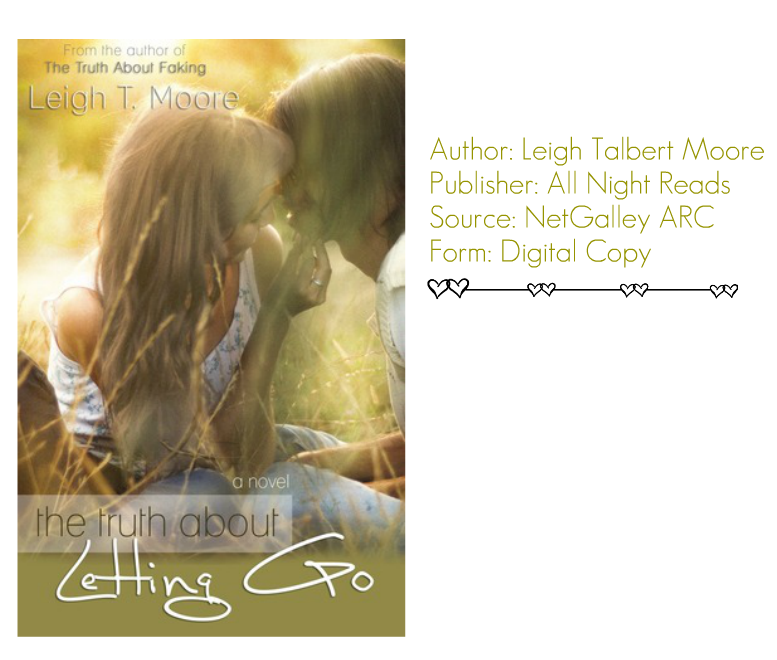 Ashley Lockett has always followed the rules. She’s always done the right thing, played it safe, and then her ideal life is shattered when her dad dies suddenly. Fuelled by anger and grief, she vows to do everything opposite of how she lived before.
She rejects safety, the rules, faith, and then she meets Jordan. Jordan has big dreams, he’s had a crush on Ashley for years, he’s a great kisser… but he’s also safe.    Enter Colt. He is not safe, and he’s more than willing to help Ashley fulfil her vow.

I had just heard about Leigh Talbert Moore’s previous book; The Truth About Faking, on Goodreads, and how amazing it was. I was curious, because this is the companion to the previous novel, that I’d have to do some catching up, but they’re two separate plots, with a whirl of different characters, though set in the same town (though, that’s not stopping me from picking up The Truth About Faking, too!). As soon as I saw this on Netgalley, I don’t think anyone could’ve pressed ‘request’ faster, and I was over the moon when I got accepted to read it. The blurb and the cover (the gorgeous cover) drew me in right away…

Almost right away, we’re delving into Ashley Lockett’s grief and loss. She’s feeling every emotion under the sun, and her world is suddenly caving in and shattering everything the had. Ashley was your typical popular cheerleader, who was also super-close to her father…but not so much her mother, not since recently, anyway. The only thing Ashley really has to hold onto in the beginning is Charlotte; a not-so-popular girl from a worlds-apart different clique in school. Even though they’re supposed to be nothing alike, this bond is very strong throughout the book and helps them both find who they’re supposed to be, and in other times, a support system for Ashley.

But then when it comes to romance, Jordan was everything Ashley wanted. He was driven, supportive and believed that faith would help Ashley through this tough time. But grief-stricken-Ashley doesn’t agree. She has a whole different gaze upon her life and wants something else.

Enter; Colt, who’s wild and bad side is everything Ashley’s newfound look on life wants and needs. The grief that she was feeling seemed to melt away when she was living dangerously and on the edge with him. But with this new edge, Ashley becomes more irrational and forgets about some of her original beliefs, and this book reflects a huge part in the Christian religion that she neglects.

“He’s keeping pace, and for the first time in months, the painful sadness is gone.”

This was a truly magnificent, breathtaking book with highs and lows that represented the truth about losing someone dear and the changes that reflects upon the lives of the people grief affects. It was raw and heartbreaking at times in Ashley’s rollercoaster of feelings, and how two siblings can react to loss in two completely separate ways, as displayed by Ashley and her brother; who remains distant.
Overall, this sweet and beautiful read with emotions that play with heartstrings, was an incredible book that will remain a true favourite of mine this year.
A massive five star novel! 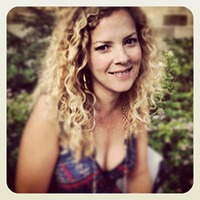 Leigh Talbert Moore is the author of the popular young adult romantic comedy THE TRUTH ABOUT FAKING, its companion THE TRUTH ABOUT LETTING GO, and the mature YA/new adult romantic suspense novel ROUGE, a QUARTER FINALIST in the 2013 Amazon Breakthrough Novel Award. Her new DRAGONFLY series launches in June 2013, with new instalments releasing quickly through early 2014.
Leigh is an award-winning journalist and editor, who has also worked in marketing and public relations for many years. Her writing has appeared in newspapers and magazines across the southeast and Midwest U.S.
Moore began writing books in 2009 and has completed six novels. She runs the popular blog “That’s Write” at leightmoore.blogspot.com.
With thanks to Netgalley and Leigh Talbert Moore for letting me read such a powerful, amazing book!