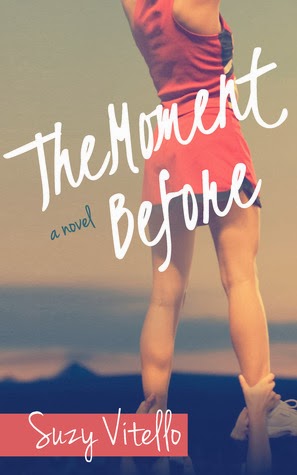 Other Books by Author: Unkiss Me

With thanks to Diversion Books for the eBook galley copy of this novel! As always, my reviews are non-bias and fair.

“Don’t get me wrong. I loved my sister. I never, not once, wished her dead.”
Brady and Sabine Wilson are sisters born eleven months apart, but they couldn’t be more different. Popular Sabine, the head cheerleader dating the high school hunk, seems to have all the luck, while her younger, artsy sister “Brady Brooder” is a loner who prefers the sidelines to the limelight.
After Sabine dies in a horrific cheerleading accident, grief unravels Brady and her family. Once recognized for her artistic talent, 17-year-old Brady finds herself questioning the value of everything she once held dear. Her best friend betrays her. Her parents’ marriage is crumbling. And the boy everyone blames for the accident seems to be her only ally in the search for answers in the wake of her sister’s death. As an unlikely friendship emerges, Brady learns more about Sabine – and love – than she bargained for.

The premise instantly attracted me to the story. It looked a little like The Sky Is Everywhere meets a Susane Colasanti book, so I was intrigued to see if my good vibes were right about The Moment Before.

Not only is this an incredible coming-of-age story with quirks, but the characters and plot are so strong that almost instantly, I was reading more and more and the time just passed so quickly when I was enveloped in The Moment Before‘s world.

Brady is such an intriguing, powerful character who not only has to come to terms with the death of her sister, but now that that event has ricochetted her life values around and things she used to believe in and her thoughts about elements of her life, are all changing along with her changes in herself. Brady also has to look at the side of the story that could prove that she didn’t know her sister; Sabine, so well, after all, with secrets surrounding her.

Brady was portrayed so well and as close to a real-life teenager as possible. She was angry for her sister dying, she was annoyed with her sister for no longer being alive and being able to hide under that shadow of being the younger sister of the popular cheerleader. But she was witty and likeable, too. Although she didn’t have that much self-assurance in herself and I think she just liked to please other people other than putting herself first, she was extremely selfless in that way.

Connor was likeable (ish), like Brady, and although they were a good combination of characters apart, something about them, just like the turn in events nearer the end, made me see that they could be good together. But all Brady can think at first is: this is the guy who killed my sister, because that’s all they know…at that time. He wasn’t so much of a character I connected with a lot, just like Martha or Nick. I really wasn’t a fan of Martha. I thought all along that Brady deserved a better friend, 100%.

BUT saying that, just because I didn’t like some of the other characters, I liked Brady and because she was the main character, I loved this book. Seriously. It was the perfect coming-of-age story, mixed with emotion and friendship/relationship dramas. Just an all-round amazing read.

Have you read The Moment Before?