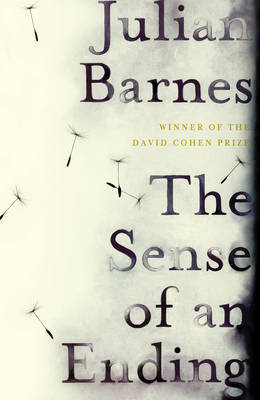 Title: The Sense of an Ending


I received this book for review/feature on my blog! As always, my reviews are fair and unbiased.

Tony Webster and his clique first met Adrian Finn at school. Sex-hungry and book-hungry, they would navigate the girl-less sixth form together, trading in affectations, in-jokes, rumour and wit. Maybe Adrian was a little more serious than the others, certainly more intelligent, but they all swore to stay friends for life.

Now Tony is retired. He’s had a career and a single marriage, a calm divorce. He’s certainly never tried to hurt anybody. Memory, though, is imperfect. It can always throw up surprises, as a lawyer’s letter is about to prove. 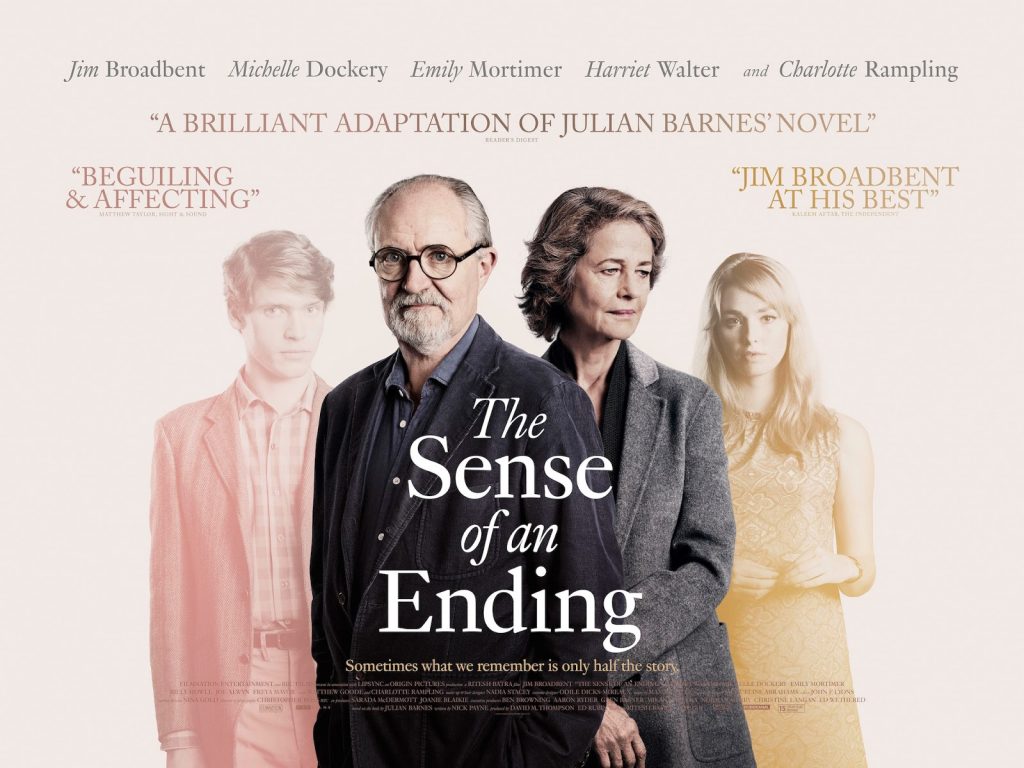 The Sense of an Ending

Hello, book lovers! Today I’m talking about the great read that is The Sense of an Ending. If you’ve been at the movies recently, or watching trailers on YouTube, you might have seen the movie adaption on the big screen (which by any means looks like an amazing film). Or if you were a fan from the very start when it was just a book, you might have been waiting anxiously to see it played out by famous faces Jim Broadbent, Charlotte Rampling, Harriet Walter, Michelle Dockery, Freya Mavor, Billy Howle and Joe Alwyn.

I just finished reading the book that bounced onto the scene in 2011, and without a doubt can see what the hype is about. I usually steer toward YA, but this was a totally refreshing and welcomed change. Today I’m going to do a review of the book and talk a little about the comparison between the book and the movie and share a little about it.

After watching the trailer for The Sense of an Ending, I had only high expectations for the book. I knew that there would be some differences as with all book-to-movie adaptions and since I hadn’t watched the film, only the trailer, I could go into it with fresh new eyes. Tony Webster is quite the character. When he meets Adrian at school, in the past portion of the short novel, they become fast friends. Through their teenage years, they get up to all sorts of mayhem and trudge their way through inside jokes and fun times together – but something happens that throws all those good times to the dirt – and it changes both their lives, and the people around them, forever.

Adrian was always the smart, consistent one. But after Tony and Veronica, whom they were both friends with in the past portion of the novel, break up after a year of dating, Adrian starts dating Veronica. Tony, feeling a dwelling of betrayal and mixture of feelings inside, drunkenly decides to write them both an angry letter.

But what we know as the reader could ultimately be due to an unreliable narrator and repression of the past, because sometimes, we don’t want to remember the things that happened in the correct way that they did, all because we think: we have time to fix them, which is in my opinion the true moral of the story.

I thoroughly devoured and adored The Sense of an Ending. Without giving too much away, because Pretty Little Memoirs is a strictly no spoilers zone (unless disclosed beforehand) this book is a total game-changer that’s thought-provoking, witty and incredibly powerful at twisting the past and present into a life meaning lesson. It was warm, absorbing, careful and reckless at the same time, filled with multidimensional characters and a story that begged to be told. Julian Barnes is a brilliant storyteller and I can’t wait to watch the movie and become an even bigger fan. Five stars completely!

Watch the trailer yourself to know just what I’m talking about:

The Sense of an Ending is out in UK cinemas 14 April.

As you can see, this novel-to-movie looks incredible, doesn’t it?

The Sense of an Ending movie is directed by Ritesh Batra and based upon the screenplay by Nick Payne and the book by Julian Barnes (did I mention it won the Booker Prize?!).

The movie description differs a little from the book description, but we’re still following the life of Tony Webster, divorced and retired who lives a lonely and quiet life. He quickly learns that the mother of his university girlfriend, Veronica, left in her will a diary kept by his best friend, who dated Veronica after they parted ways. Tony’s quest to recover the diary, now in Veronica’s possession, forces him to revisit his flawed recollections of his friends and of his younger self. As he digs deeper into his past, it all starts to come back; the first love, the broken heart, the deceit, the regrets, the guilt… Can Tony bear to face the truth and take responsibility for the devastating consequences of actions he took so long ago?

Some book-to-movie adaptions can be clear cut the same, with minimal differences and still play out wonderfully. But then, there are certain people who would argue that to make the film a hit and success, it must be unique and different to the book to really stand out. I think that the rule can differ, personally. When it comes to adaptions like Gone Girl or Divergent, they stayed relatively the same. Knowing that The Sense of an Ending played a more emotional and touching adaption sounds like it would attract a wider and differing audience. 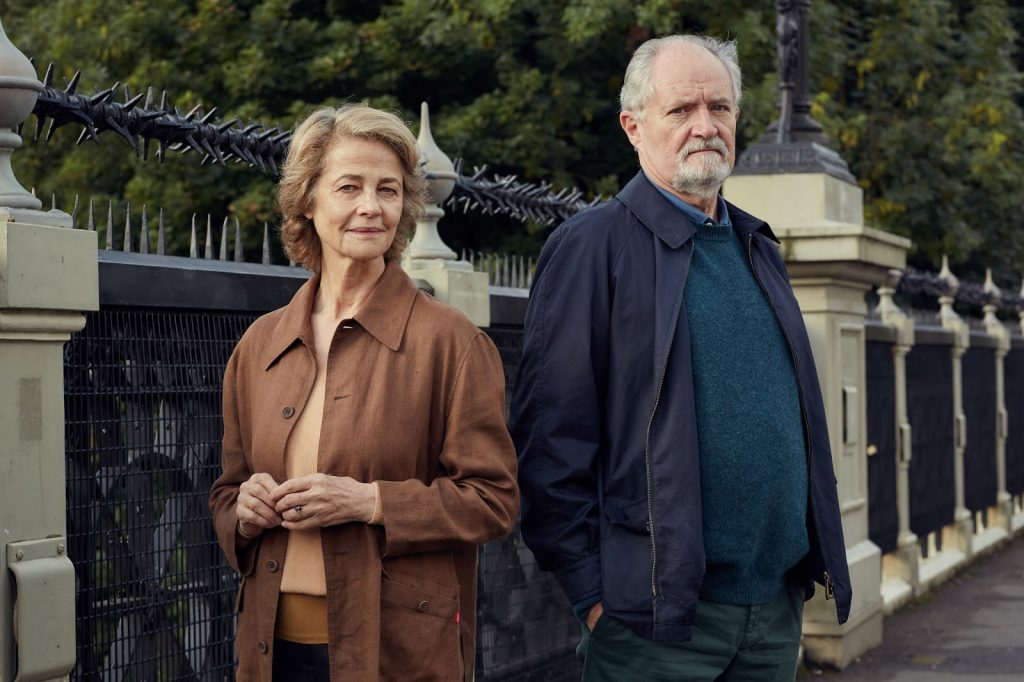 In the book, Tony remembers incidents over and over, whereas in the movie he recalls certain memories from his past but knows that his versions have been manipulated as time has passed by. Unreliability in a main character has always attracted my attention because that in itself is a mystery, trying to pick out the truth from the fabricated and I think that the movie has stayed true to this from watching the trailer and hearing the notes from the screening. 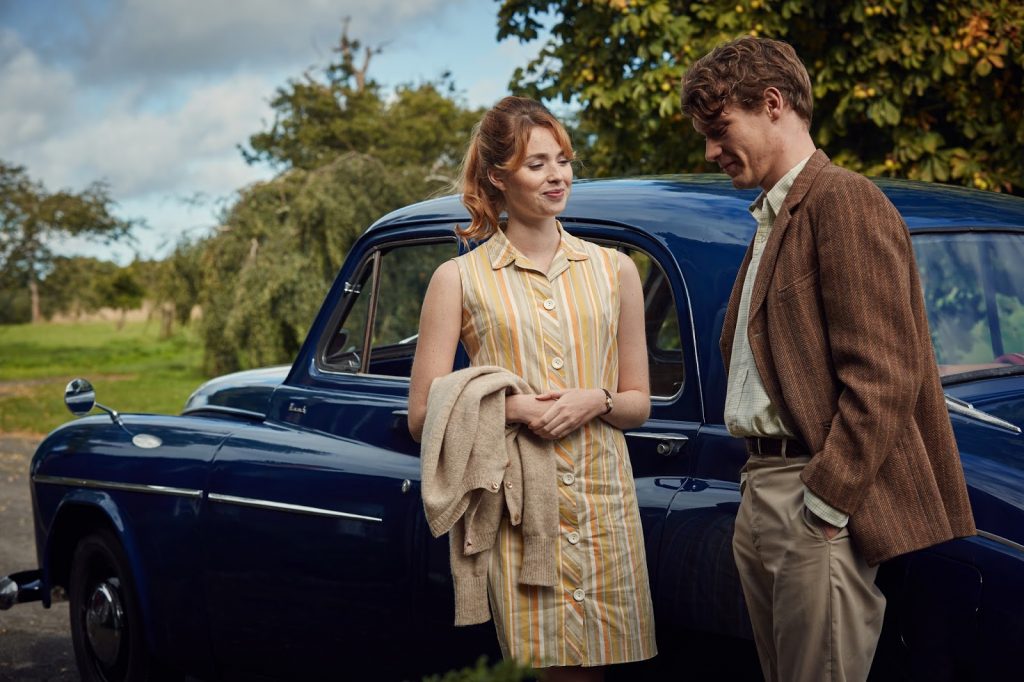 Overall, I think that the book-to-movie has been done beautifully and I think that they picked the perfect people to play the parts of the characters, particularly Tony and Veronica. When you read a book, you always have this vision of who they would be or what they would look like, and for me this rang true and the characters did look very similar in my imagination! I’ve watched the trailer over and over (maybe I broke the re-play button) and I can say that it’s going to be one of the best British films this year.

What do you think of The Sense of an Ending?

Have you read the book?

Let me know in the comments your thoughts! The movie is out April 14th and it’s definitely one to watch.