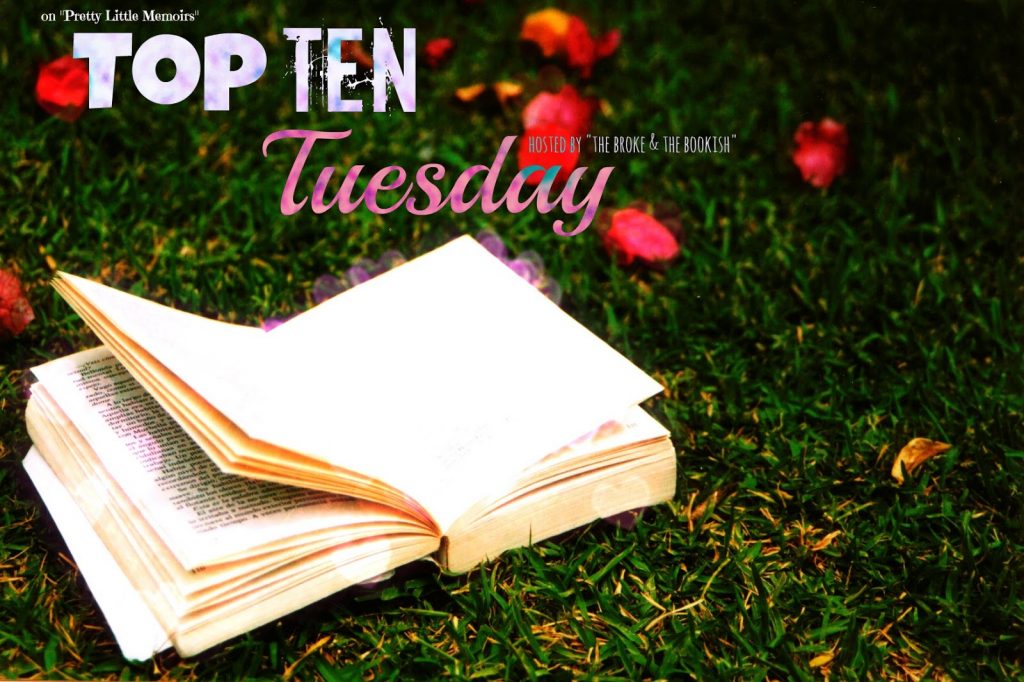 Top Ten Tuesday is an original feature/weekly meme created at The Broke and the Bookish, where bloggers come up with their TTT Lists on different questions.


This week we’re talking Topics or Words that make us NOT want to pick up a book. This was a bittersweet TTT post for me this week because I generally don’t judge a book by the outside, but these are some words/topics that I try to avoid… 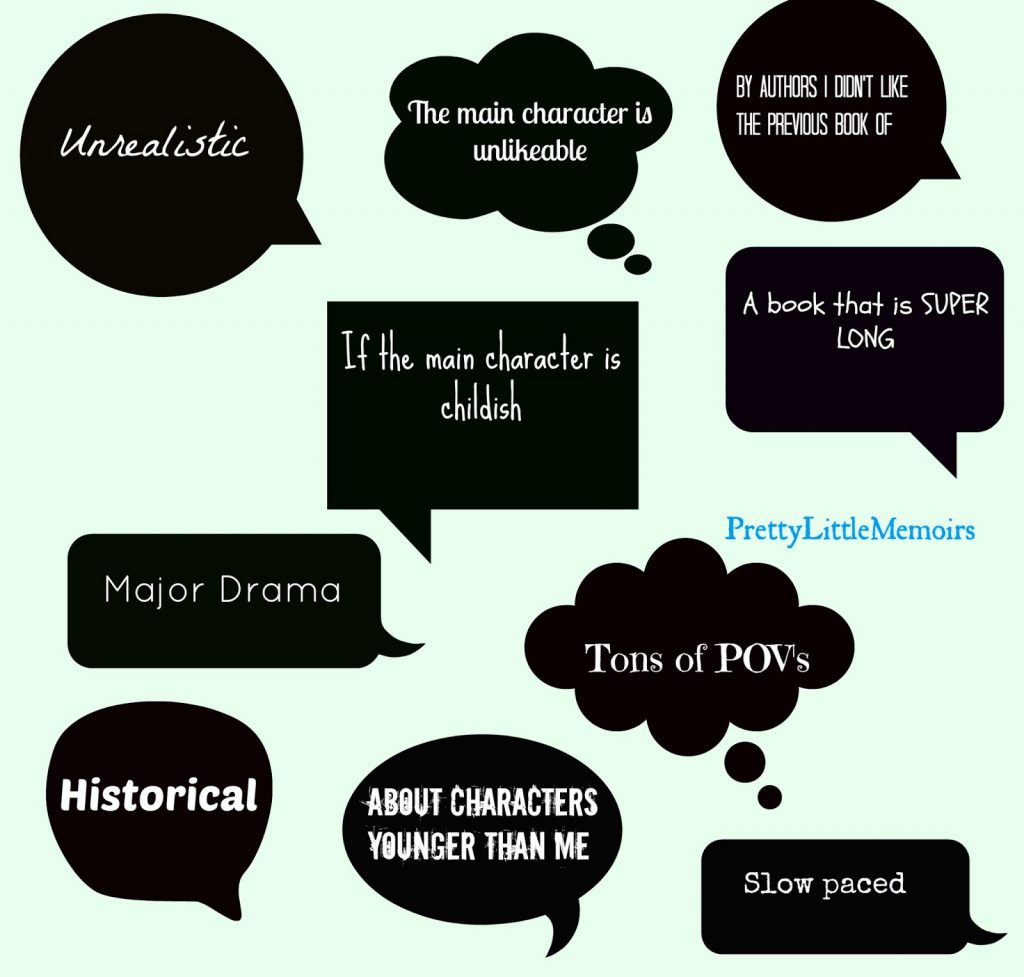 I really prefer to be able to relate to a book and if it’s unrealistic, I just can’t imagine it happening, (unless it’s fantasy, of course) so therefore, I can’t connect to it and don’t end up enjoying the novel.

2. The main character is unlikeable

Usually, you find this out in the first chapter, because they’ll start to get underneath your skin. This rarely happens for me, though.

3. By authors I didn’t like the previous book of

It would most probably be a fluke that I didn’t like their previous book, so I would still give it a shot, only if it was as enthralling, though.

4. If the main character is childish

I really hate it when a teenager is REALLY childish, because it can come across really unrealistic and not “real” for me.

5. A book that is SUPER long

Unless it’s, like, a Harry Potter-Great-And-Powerful-Book, then I may fall asleep. If there’s hype and anticipation, I may pick it up!

I just don’t like them, and I don’t know why! If it’s a flashback in a novel to the 1800’s, 1900’s, then it’s okay, but if it were a full, historical book, I just don’t know if I would find it addictive enough to read…if there any suggestions, though?…

8. About Characters younger than me

I’m 17, so unless it’s not a main character, I’m fine with it. But if there’s a lead character who’s a lot younger like below fifteen…I just don’t know if I could connect. But it all depends! I believe in giving every book a chance, so maybe!

They give me headaches! Two is probably my max…three at a push.

I like books that are in a steady movement, or fast paced, so when I feel like a novel isn’t moving forward enough, I feel awkward reading for some reason.

*I give all books a chance, so this topic was difficult because there isn’t really a topic I will avoid completely.*

I hope you loved my TTT list, and please do post your links below and tell me what you think of my list and I’ll stop by your posts, too! I also follow back on  bloglovin!