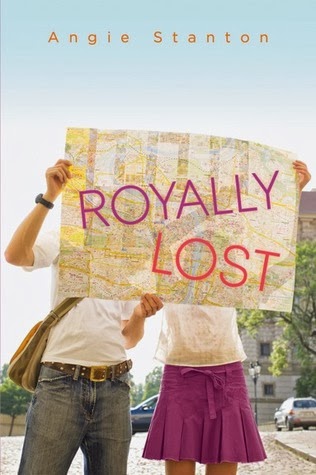 Dragged on a family trip to Europe’s ancient cities, Becca wants nothing more than to go home. Trapped with her emotionally distant father, over-eager stepmother, and a brother who only wants to hook up with European hotties, Becca is miserable.
That is until she meets Nikolai, a guy as mysterious as he is handsome. And she unknowingly finds herself with a runaway prince.

Nikolai has everything a guy could ask for-he’s crown prince, heir to the throne, and girls adore him. But the one thing he doesn’t have…is freedom. Staging a coup, he flees his kingdom and goes undercover on his own European tour.

When Nikolai and Becca meet, it’s their differences that draw them together. Sparks fly as they share a whirlwind of adventures, all the while dodging his royal guard. But Becca’s family vacation ends in a matter of days. Will Nikolai and Becca be forced to say goodbye forever, will his destiny catch up to him, or will they change history forever?

When I first saw Royally Lost on Goodreads, I was instantly drawn to it’s synopsis and not to mention, the main character is name-twins with me!  I always love a Road-trip or Travel-based Contemporary Romance, and amazing reads like this are hard to find and from it’s premise, it looks promisingly sweet!
So I’m definitely waiting on this one with anticipation!